One of the main problems I had during my group days in the sixties was feedback. Even if we managed to get a 100 watt PA together it only strengthened our sound, it didn't really make it that much louder. That, of course, was our main problem — the vocalist could never hear himself and the audience couldn't hear him either. Inevitably it lead to arguments usually between the lead guitarist and the singer, and he who could control the feedback won.

With the advent of PA systems that incorporated a mixing system, (however basic) and the crossover units that were used in the first bin-type PA's, it became easier to control the frequency spectrum and feedback became more controllable. By adjusting bass, middle, or treble, the sound man managed to at least get the vocals over, but it was often at considerable expense. As most front row concert goers will testify, feedback is still a violent problem for all bands and with efficient Hz horns the scream can easily be really piercing at 8 or 9k. The answer is, of course, equalisation.

To most enquirers, equalisation (or EQ as it's usually known) is explained as sophisticated tone controls, and although that's technically true, EQ is really meant to equal the unequal characteristics that sound equipment meets.

A particular concert hall may have a resonant ring at a particular frequency (say 900Hz), and this means that as the PA (for example) is turned up, the output will begin a feedback cycle on this frequency as soon as there is sufficient volume for the sound produced from the speakers to be picked up again by the mikes (at that resonance frequency).

Thus the amount of volume available is limited by the lowest common denominator in the frequency spectrum. EQ allows you to lower the critical level at which this feedback loop occurs with the minimum alteration in sound possible, thus considerably increasing the amount of useable volume.

Naturally, as each venue has its own acoustic method of distorting sound, your correction will result in a more natural sound than that available without equalising.

Studios have long since had their own methods of equalising sound, but in recent years they have attempted to make their studios acoustically perfect and then equalise the sound for the various instruments being used.

The most sophisticated EQ system available is a graphic banded system which offers a large degree of boost and cut on as many frequency bands as possible. (For those who aren't familiar with which frequencies cover which instruments, here's a rough guide: a bass guitar covers the 35-240 Hz frequency spectrum; guitar 200-800 up to 9k or above, including harmonics; middle C is 240 Hz.) A system which offers a high degree of control over the entire spectrum (e.g. 35 Hz—20 KHz) costs thousands of pounds and is normally outside the scope of a working band who are forced to rely on the often inadequate controls offered on portable mixers.

Perhaps the problem has now been solved by Klark Teknik who have produced a studio style graphic EQ unit at a price which is inside a road budget and could in many ways compensate for other items of equipment which might be missing. Having had an opportunity to use this Graphic Equaliser both on the road, on the office hi-fi and in my own home studio, I can honestly say it's superb and that I'd try to talk a band out of renewing their PA in favour of this unit, which would probably cure their PA troubles as well as offer them many other facilities.

Although the noise of a unit in a PA chain is not the most critical factor — witness some noise levels — this unit wouldn't add anything noticeable to the output hiss. The equaliser has eleven separate controls on each side — it's a stereo unit so that each side of the PA can be equalised as necessary — and they start their operation at 50, 90, 160, 300, 500, 900, 1,600, 3,000, 5,000, 9,000 and 16,000 in ascending sequence. I felt these frequencies were particularly well chosen. They're close enough around the middle spectrum (300—900) to slope together giving an infinite degree of control in this critical area.

Suggesting that this unit will minimise feedback like nothing else is, of course, no small insult. Having controlled that problem so easily, you can then go on to shape the sound produced to make up for any inadequacies in your source of line amps. Each band offers up to the maximum you would theoretically boost overall output by that much. Naturally, you wouldn't have achieved any EQ, but by using the very efficient pre-amp circuit the signal to the main mixer would be considerably increased.

This unit can be placed either before or after the mixer in the line — depending on the function required. Normally, the stereo output of the main mixer desk is fed into each side of the Dual IIs. The overall output for each side is then EQ'd to match the problems presented by the venue, the promoter or the audience. Of course, using the Dual IIs in this way means that only the overall output is regulated and this leaves the difficulties on the individual sources unsolved (short of buying more equalisation). Placing the EQ system in front of the mixer gives the engineer precise control over two individuals. Because the Dual IIs naturally has a stereo output, you can decide where to feed this corrected signal to.

Supplied in a hard teak case, the Dual IIs is really just a modified version of Klark's highly successful studio EQ units (these offered up to 27 band filters) but under no circumstances can this unit be regarded as an item of gimmickery.

If you cannot afford a mixer desk with really efficient EQ facilities built in, it would be better for you to invest in the Dual and compensate.

It really goes without saying that during its time with us the unit worked faultlessly and in my small home studio, the unit performed as well as some far more expensive versions of the same thing. The sliders are firm, but easily moved. The twin gain controls are firm and have no peaks and the bypass and frequency pass filters worked absolutely silently. In short, this unit can be used for stage or studio work where only the best will do, but where the budget isn't in silly figures. (I would expect to find one of these present under such circumstances). 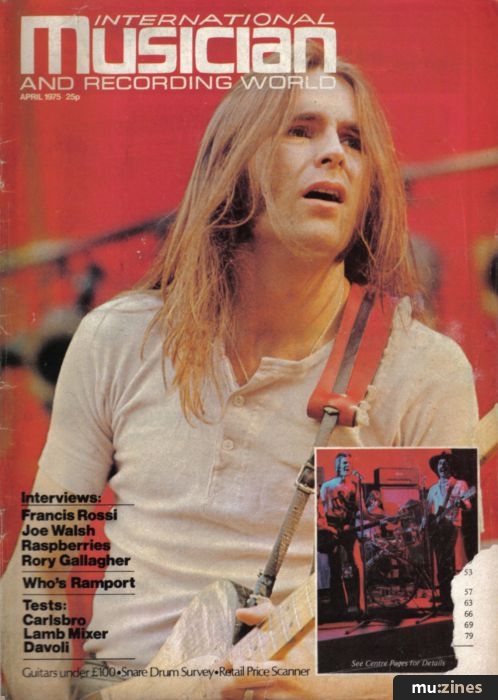