One source of confusion to the would-be modifier is the infinite sustain system. This is an electro-mechanical system made up of a hex pickup, buffers, hex switch, filters, string current drivers, the strings themselves, the permanent magnet (in that black box at the base of the neck), and the frets (which are purposely grounded). If you have synth or dual selected on the gtr/dual/synth switch and fret a string, not only are you selecting a pitch, you are closing a switch which forms a close looped circuit. More specifically, the string vibration is converted to an electrical signal at the hex pickup, and then passes to a hex buffer (made up of 1458 op amps). The 1458 outputs go to two places; one path leads to the 24 pin connector and control panel, the other path goes to another set of buffers. From those buffers the signal passes along to a TC5012, which is used as a hex switch in conjunction with the gtr/dual/synth switch. From there the signals pass to a hex filter and then to the string drivers themselves.

At the point where the string vibration would normally begin to decrease in amplitude (because of friction and so on), a few microAmps of current begin to flow in the string itself. Bear in mind that this is an audio current. On its way to ground at the selected fret, this current generates an electromagnetic field corresponding to the audio current. The AC magnetic field interacts with the permanent magnetic field (from the black box), in a positive feedback mode, to create a sort of solenoid action by the string. All of this acts to maintain string vibration, as long as the string is fretted properly.

With the above information in mind, consider what happens when you replace the bridge and nut with heavy mass, brass types. The audio current travels down the string to the brass bridge, where it is shorted to the other low impedance sources (which are either quiescent or vibrating at some other audio frequency) via the conducting brass bridge. This effectively disables the infinite sustain system. A brass nut (zero fret) causes essentially the same problem. Strangely, the symptoms of this problem are not noticed right away; yet sooner or later, the player notices some funny sounds when the string vibration dies out and glitches to a halt. We suggest, therefore, that the bridge and nut not be replaced.

Changing the low impedance stock pickups to high impedance replacements also interacts with the infinite sustain system. When the audio current first flows in the string, a click noise is generated which is de-emphasized by the lower output pickups. With higher impedance pickups, this effect can cause an audible click noise problem. Theoretically, increasing the pickup signal and decreasing the subsequent buffer gain should maintain the same signal-to-noise ratio, but under some conditions the problem persists. Therefore, anybody who wants to change their pickups should be prepared for some experimentation and comparisons.

This would be a very useful modification, but unfortunately, we have not developed, nor have we seen, a well designed and documented modification along these lines. Anyone who has figured out how to do this is encouraged to send their plans to RolandCorp US ((Contact Details)) and to Polyphony so that this information can reach other interested GR-500 owners.

There is a certain portamento phenomenon which is most noticeable when using some left hand playing techniques with the solo melody or external synth sound sections. This effect is caused by a control voltage gate circuit which averages the CV change unless the string is retriggered by a picking technique. The RC averaging circuit that does this, which is necessary for pitch stability in normal operation, is unnecessarily slow. The resistor in this network can be changed from its present 220k to 180k or possibly 150k. This will not completely eliminate the effect, but it will speed it up significantly. The resistor to be changed is difficult to locate. For those interested in trying this modification, call or write RolandCorp US asking for technical assistance and request the information for the GR-500 F to V circuit mod involving the CV gate RC averaging circuit.

One last tip: As Gary Cowtan says, change your strings often. This not only maintains a bright sound for the guitar section, but also ensures a good string/fret contact which minimizes triggering and sustain problems.

(Robert Loney is a previous Roland service department manager currently contracting his services to that company.) 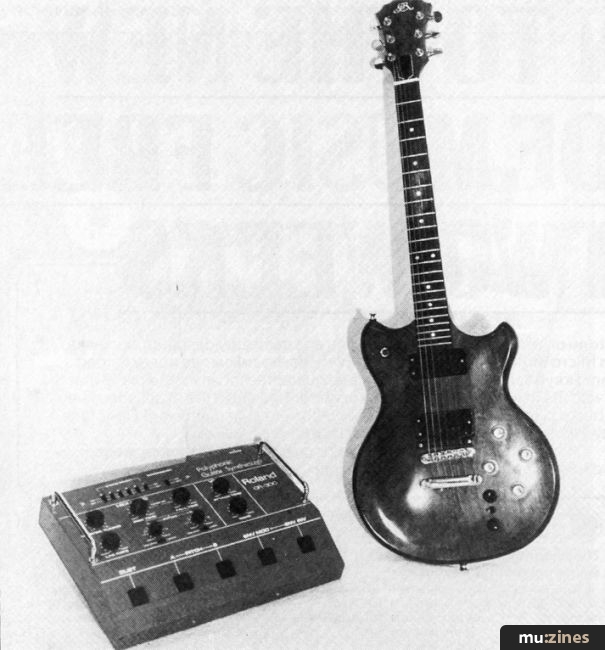 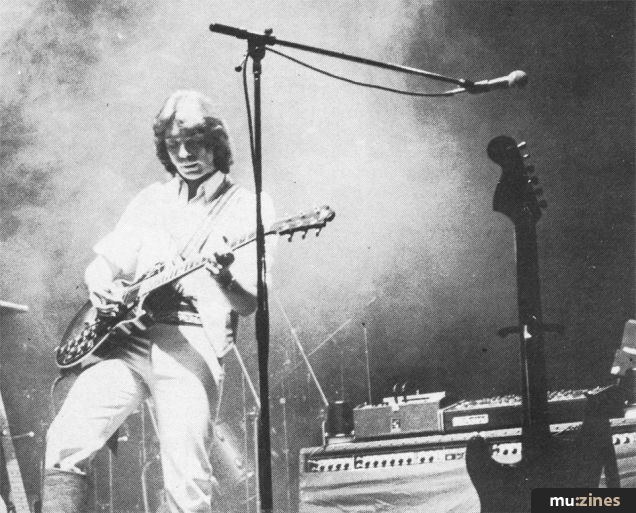 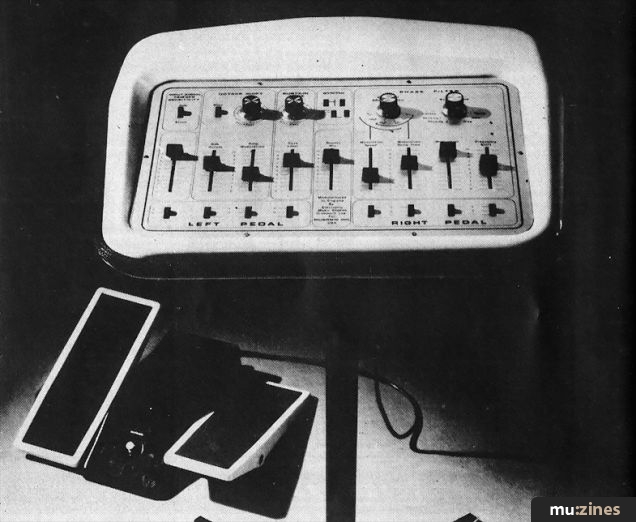 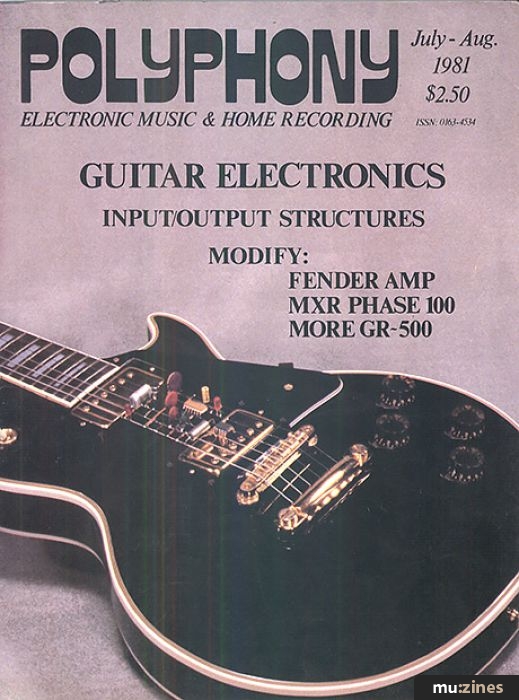