They call it PCM standing for Pulse Code Modulation, one of the cheaper (cheapest??) forms of digital sound reproduction.

A couple of large hi-fi firms who have branched into keyboards have already used this technique for their drum boxes. Technics are claiming a 'world first' in using PCM for the solo synth section in their SX-K250. What does it all mean??

At a far stretch of the imagination, you might just honour the initials PCM with the 1984 buzz word 'sampling'. All the K250's sounds are preset, there's obviously no Emulator or Fairlight style recording at this price. But when they were originally loaded in at the factory, there was an element of technological listening going on.

The real, acoustic sounds were used to Modulate a Pulse Code. True, you could have worked that out yourself from the title, but theoretically, if you don't have enough memory space to analyse and break down a noise into digital components, you may at least have enough to remember how it disturbs or modulates a continuous signal. Repeat the disturbance, in reverse, and you should go some way towards reproducing the original sound.

That, very roughly, is what PCM does and how it sounds... rough, that is. They're approximate impersonations of the genuine article, some work, some don't. We shall now reveal which.

The K250 is a four octave, metallic, buff coloured polyphonic, busting with the familiar Japanese 'one finger', 'computer chord', 'auto play' malarky and a magnificent total of 36 slim, silvery push buttons that sit at the very edge of the front panel, apparently peering over the top for a better look at the keys.

They're in four groups for the autochord, rhythm machine, polyphonic presets and mono voices. In attempting to spell everything out with coloured bars and logos, Technics have merely succeeded in unsettling the retina, but at least the top half of the panel is left clear for the onboard stereo speakers and a slot for a RAM cartridge.

Mains voltage calls in via the back panel. Noises exit through two phono sockets in a recess at the left hand end of the keyboard, but Technics make the two, familiar, big company boo-boos of no jack socket output, and no master tune. Perhaps it may not be the world's most popular band keyboard, but everyone likes to play along with their records... in tune.

The eight polyphonic sounds follow well-trodden paths – a couple of decent, churchy organs, a fairly bright piano and a disappointingly weedy strings and brass, plus guitar and accordion.

The drums are more interesting. No miniature Steve Gadd, but the sounds aren't half bad. Strange to hear a tight and convincing bass drum and a thwacky snare leaping out of the sort of keyboard normally associated with splats and blarts. The hi-hat's still a mite shaky, and the toms are cut very short, but they even dropped some real bongoes into the rumba pattern. Better than most.

When we come to the PCM solo synth, matters become a shade more unpredictable. First, you can't have the poly and the solo sections on at once, bit of a shame that. And it's a pity that they may sound realistic, but you can't play them in an authentic manner. For example, the trombone is close to the mark, but it's not possible to slide between notes on the keyboard, each one has a clean start – unlike trombonists.

Top marks to the trumpet, though. Just a hint of breathiness and a natural sounding openness, nearer to the genuine article than the filtered effect of an analogue synth. Technics have gone for an orchestral, solo trumpet, almost a hunting horn, and it's very effective.

Elsewhere the experiment is less successful. The flute and panflute are both miles too breathy, as if they're being blown by a vacuum cleaner, the synth chopper is clipped and percussive, but needs to be polyphonic for any real impact, and the saxophone, clarinet and cosmic wah are no real advance on analogue keyboards of the same ilk.

Likewise for the auto chord lump – one fingered majors, minors, sevenths, etc, and techni-chord which doubles up the harmonies for any line you may play in the right hand. The K250's program chord computer is a way of logging chord sequences into the Technics memory. There's a maximum of 100 chords per song, and the plug-in RAM lets you store another eight tracks.

The bottom octave selects the chords while the top four keys dictate how they should be loaded in. For example, hold down an E major then press the top B, you'll hear a beep and that E major will now last half a bar. If you pressed the top C it would last a whole bar. Pushing the B flat ends the sequence, and the A and A flat are backward and forward keys so you can move through the sequence at a later date and edit the entries.

The pattern needs a drum rhythm to lock it into place, and the Technics will partner it with a steady, if unimaginative bass line. That's the problem with such devices, really. The further down the road you go towards auto accompaniment, the blander the music becomes. The Technics opts for very safe chord changes to match 99 per cent of 'popular' melodies, and so ends up sounding virtually identical for each one.

It's always interesting to see what broad-based companies with access to large-scale integrated circuit technology can do with a musical instrument. PCM, itself, isn't new. The K250's fresh application is promising, if not perfect. 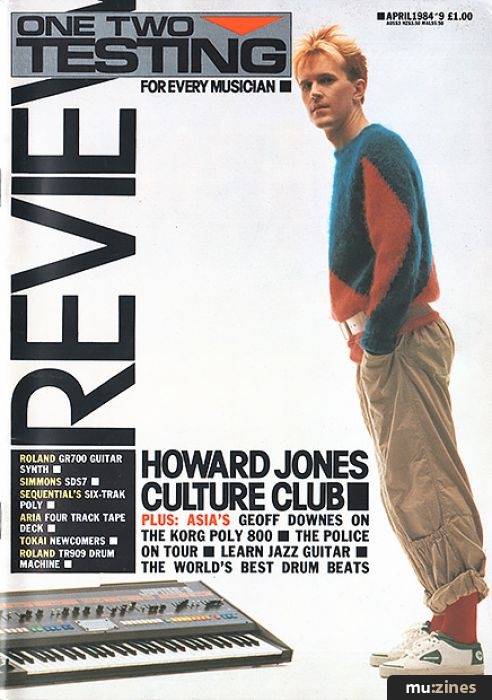