The non-musician has taken a lot of stick from his educated counterparts, yet he's contributed a lot to musical progress. What separates musicians and non-musicians?

THE TERM NON-MUSICIAN has become almost as common (if not as acceptable) as that of musician these days. They've called the effects of new technology the "new punk", they've called it "the non-musician's revenge", they've called it everything under the sun but it hasn't gone away. And the "real musicians" desperately wish it would. (There's even a story that Pete Waterman tried to get S' Xpress' Mark Moore expelled from the Musicians' Union for claiming to be a "non-musician'.) The truth is that you can't get rid of 'em and you can't ignore 'em, so what is the "educated" musical fraternity to make of the non-musician?

Let's start by evaluating what the "non-musician" is and what he's achieved. Last first: the punk analogy isn't a bad place to start, because of the resentment that's been stirred up within the musical establishment. But whatever the feeling of the old-style pros, the non-musician with his sampler and computer has proved that non-musician doesn't necessarily mean non-talent. Of course there has been a mountain of rubbish generated by non-talent attempting to jump on the bandwagon, but that's as true of Yes and Genesis, and Kraftwerk and Tangerine Dream as it is of Steinski and S' Xpress.

So what is this non-musician? Well, he's someone who has avoided all the learning that, traditionally, qualifies someone to be a musician. Instead of learning musical technique, he uses the quantise function on a sequencer, instead of learning drum rudiments he samples another drummer and instead of understanding a chord progression he edits something that sounds nice out of a series of random key presses. So he's a charlatan passing off his tricks as musical skills.

Ultimately that question is up to each of us to answer for ourselves, as the value of music is both subjective and personal, but there are a number of facts that we should take into consideration. Certainly, the non-musician has defaulted on his obligation to learn the physical disciplines that accompany a musical instrument. He's also avoided gaining the insight into music theory that you gain while trying to master the usual exercises. And it's unlikely he'll have any use for manuscript paper. But then should you have to serve a ten-year musical apprenticeship before you're allowed to have an interesting musical idea? The reason most people become involved in music is that it excites them. How many would-be musicians have been deterred by the hours of scales and sight-reading exercises - we're talking about people who might play for their own pleasure as well as for a living here.

Where the non-musician would seem to be at his weakest is in understanding what he is doing: if you cobble together a brilliant piece of music but can't recreate it after the sequencer file is corrupted, do you deserve to have written it in the first place? The sampler and sequencer have allowed "non-musicians" to build up pieces of music on a trial-and-error basis; they don't need to understand what they're doing just as long as they can hear it taking shape. And communicating with other musicians? This previously essential skill has been made all but redundant as the computer has put one person in charge of all the musical elements.

But let's take another look at the popular musical establishment. Rock music (for want of a better term) was born (and is continually being re-born) as a means of rebellion. Why then should it not rebel against itself? How many "old rockers" welcomed punk? How many of those same musicians now agree it gave a stagnant music scene a much-needed kick in the pants? How many of them are currently bad-mouthing samplers? How much is a respected artist like Brian Eno dependent on non-repeatable circumstances to create his music? Or Robert Fripp, Tangerine Dream or David Sylvian... Didn't Allan Holdsworth quit UK because the record company insisted he repeat the solos he'd played on the album when the band played live?

Perhaps we're simply talking about insecurity in a business where insecurity is the biggest problem: after all, you're only as good as your last performance - public or private. The spirit of music is contained in how it sounds and what it communicates to you, not how it was created or who created it. 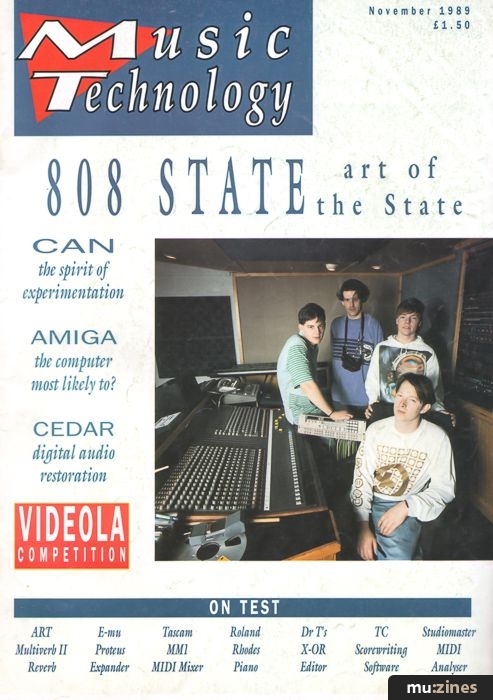