Accepted as the synchronisation standard in the television and broadcast industry, this digital timecode is fast making inroads into the recording studio at all levels. Kendall Wrightson puts it all in perspective with the start of this series.

The standardisation of timing and synchronisation data for instruments took a giant step forward with MIDI. Now it looks to be happening again with SMPTE, so we invited Kendall Wrightson to provide a series that explains what SMPTE is, why we all need it and what we can use it for. 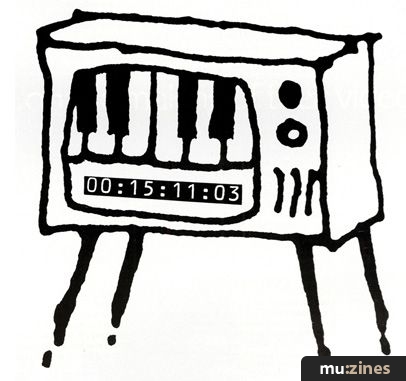 The electronic musical instrument market has been growing at a staggering rate over the last ten years. As technology has developed so prices have fallen and demand for products increased. In addition, at the start of the current decade, electronic Pop music really took off commercially which caused a complete revolution in recording methods and attitudes further reinforcing demand.

The abilities of the latest range of budget Japanese instruments are quite staggering, as a larger market allows their mass production methods to be utilised. At the other end of the scale, top-flight computer musical instruments, seem capable of doing everything except compose the music itself.

But in the rush to produce the definitive machine, manufacturers merrily invented their own timing 'standards' for their drum machines, sequencers and arpeggiators.

A Sync Out jack on one manufacturer's machine could mean a TTL level clock pulse running at 24, 48, 64, 96 or 120 pqn (Pulses per Quarter Note). Alternatively, one might discover that a clock signal is of the FSK (Frequency Shift Keying) variety. Further, the Stop/Start Input jack might be electrically positive or negative going, or even integrated with the clock signal into a five pin DIN socket.

A few manufacturers introduced 'Converter Boxes' or 'Sync Boxes' that converted between one standard and another. However, the increasing growth of the market and technology acted as the catalyst to start inter-company negotiation.

Discussions took place between the major synth manufacturers to evolve a 'universal synthesizer interface'. These discussions consequently resulted in the adoption of the Musical Instrument Digital Interface (MIDI) in 1982/3. The MIDI specification, as well as defining synthesizer Note On/Note Off protocol (which was also a minefield), included Stop/Start/Continue messages, a synchronising clock and several messages regarding Song Position. These are known as 'System Real-Time Messages'.

However, the MIDI spec suggested that the minimum requirement was to allow one synthesizer to play another and any further MIDI implementation was to be left entirely to the manufacturer's discretion. This was an unfortunate decision because it caused vast confusion amongst the public as they discovered that their instruments still resolutely refused to sync to each other due to incomplete MIDI implementation.

Manufacturers have recently grown wise to the uses of MIDI Real-Time Messages and have started to develop the humble Sync Box into a machine that not only solves incompatibility problems, but, with the addition of SMPTE timecode, also cures some of the perennial problems involved in the current trend to 'sync(hronise) to tape'.

Syncing to tape is the process of driving instruments from a pulse code (click-track) recorded onto one track of a multitrack tape machine. The instruments need never be recorded onto the multitrack recorder, going instead straight onto the master along with the recorded vocals and real instruments. Further, this method allows extra parts to be added, or replace existing machine parts in a recorded piece. No wonder we keep getting all these 12-inch remixes! However, syncing to tape has its own difficulties. Firstly, precisely accurate timing becomes critical - a 10 millisecond (0.01s) delay would be clearly noticeable - and you'll need a Sync Box of one sort or another for sync code conversion should you require different clock pulse rates to drive various instruments. Secondly, each time the tape machine is stopped, it must be rewound to the beginning of the track and any drum machines/sequencers reset. Finally, the tempo of the piece cannot be changed without re-recording everything!

Recording a SMPTE timecode onto tape instead of a standard clock pulse provides a method of overcoming these problems. However, before we discover how, it is necessary to find out more about the SMPTE code itself.

Just as MIDI is the interface standard for electronic musical instruments, so SMPTE is the timecode standard in the television and film world. The initials S.M.P.T.E. stand for Society of Motion, Picture & Television Engineers.

SMPTE was developed (by NASA) out of a need to 'label' each frame of video or film with a unique reference number. It is a digital code which counts up in frames, seconds, minutes and hours. Once recorded onto video tape or 'burned into' film, events or 'hits' that require sound effects to be added at that point can be labelled. In other words, as the videotape is run, a display either on screen or as part of a separate unit counts up from 00:00:00:00. If the tape is stopped at a moment of interest, the SMPTE display will also stop. So, for example, you discover at 00:15:11:03 that Bobby Ewing snuffs it! 00:15:11:03 is read as 0 hours, 15 minutes, 11 seconds and 3 frames.

If the SMPTE code was also recorded onto one track of an audio tape recorder, then video and audio become 'locked' together.

Two audio tape machines can also be locked in this way to achieve a higher number of tracks. So, for example, it is possible to link two 24 track machines together to achieve 46 tracks (since one track on each 24 track is taken up by the code).

Television pictures are composed of 625 lines here in Europe and a complete scan (all 625 lines) is called a 'frame'. You can think of a frame as similar to a frame of film. These frames are transmitted at the rate of 25 per second so if you watch a SMPTE display counting up, you'll see that when the frame count reaches 25, the seconds increment by one and the frames start counting from zero again eg. the display changes from 00:00:15:25 to 00:00:16:00.

In America, just to make life more interesting, the frame rate is 30 frames per second which means that US television programmes shipped across to the UK have to be compensated for time-wise, so five frames every second are discarded which resulted in the adoption of the SMPTE drop-frame standard.

More often than not, SMPTE drop-frame mode is detected by the timecode reading device and so requires no manual adjustment by the user. (More of this in later issues.)

So how can SMPTE be applied to solve the problems of synchronising incompatible drum machines and sequencers? The answer lies with that unassuming 'Sync Box' mentioned earlier - a SMPTE generating/reading device which is currently the most intelligent form of the synchroniser species available. And it is this we shall cover in detail in Part Two.

Kendall Wrightson is a graduate of the London College of Furniture's electronic musical instrument technology course and is currently Chief Demonstrator at Syco Systems, London.

Many thanks to those who phoned to point out that the transfer from American 30 frame SMPTE standard into UK 25 frame standard should not have implied that 5 frames were literally thrown away, rather that American material is changed through a standards converter into 25 frame SMPTE information.

Read the next part in this series:
Time For SMPTE (Part 2)