With the Rac Pac, Soundcraft bring their highly successful Folio ethos to the rackmounted mixer format. Chris Kempster stops indoors with a rack-packed lunch and assesses its chance. 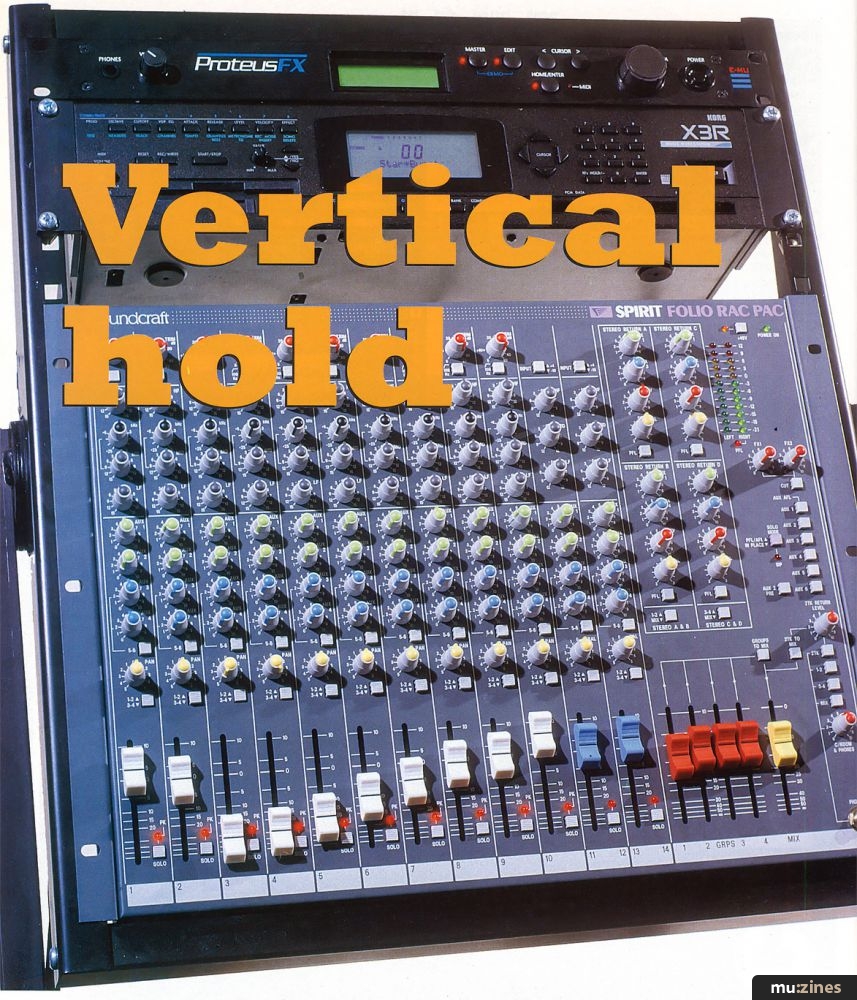 The Spirit range of mixers has brought Soundcraft a piece of the budget action. For pro-audio companies wanting to expand their consumer base, the combination of a reputable name, natty aesthetics and a realistic price is fast becoming a traditional route.

Adopted by many 'high-end' manufacturers, the policy ensures that when things go quiet at the top end of the market, there's still cash being earned from their cheaper volume products. And no other pro-audio company has made the move into the budget end of the market more successfully than Soundcraft.

But one thing leads to another, and Soundcraft seem to be haemorrhaging new Spirit mixers at an alarming rate. The company's top nobs know a winner when they see one, and are obviously intent on flogging the Spirit concept for all its worth. And why not?

Now that the aesthetic style and the components of the Spirit range have been established, Soundcraft can produce as many derivations as they want, without too much extra expense. So you'll see the same pots and faders on the Studio LC that you find on the Folio, only more of them. And this is good for the consumer, since there's a greater choice of formats - there's a Spirit mixer to meet every requirement, instead of you having to settle for a compromise desk.

While I've been impressed by the audio quality of previous Spirit desks, there have been times when the quality control at Soundcraft seems to have lapsed slightly. For example, resistance between faders and pots has been variable when it should be consistent. So I'm interested to see how the Spirit ethos has been implemented on the mixer sitting in front of me - the Spirit Folio Rac Pac.

The Rac Pac is a rack-mountable mixer that can also be used free-standing, and that gives a clue to the multipurpose capability of the design. Not only can it be used in live situations, either as a submixer or for PA mixing, it is also right at home in small recording setups, from 4- to 8-track.

When used free-standing, the Rac Pac is conveniently angled for easy operation, and when racked, it takes up 8U of space. The connector panel can be changed to suit the situation, rather like the Mackie CR1604, with connectors on the reverse side for use in a rack (so leads don't take up any rack space, natch), and on the rear end for free-standing use.

Ten mono input channels and two stereo input channels are available, which is about as many inputs as you can fit into a 19" panel. True, the Mackie does have 16 inputs, but it doesn't have the four group busses of the Rac Pac - and I know which I'd rather have.

Each input channel has six auxiliary sends, a 3-band EQ with sweepable mid, input trimpot, panpot, routing button and fader. What you might not expect to see on a mixer in this price range is a high-pass filter and a solo button. The stereo inputs don't have trim pots since they're intended for line input sources, and the EQ is slightly simpler than on the mono inputs (without sweepable mid). The master section features the four group faders and one master fader, four stereo returns, two effects returns, and pots for controlroom level and 2-track level.

What one immediately notices when first using the Rac Pac is how quiet it is, and it's not an overstatement for Soundcraft to describe it as "noiseless". Quality components ensure that the audio path is exceptionally clean - Neutrik connectors and Alps pots and faders are used throughout, and this makes the Rac Pac eminently suitable for use with digital recording media.

Such noise-free operation makes a welcome change at this end of the market, where audio performance is often sacrificed for gains in features and functions.

The pots are colour-coded for each section, but are a little on the flimsy side for my liking, while the faders are quite stiff, resistance-wise. The important point about faders is that they should be consistent - that is, offer the same amount of resistance from one to another - less critical is whether they are stiff or smooth to begin with. Luckily, though, the faders do seem to be quite consistent on the Rac Pac, and certainly better than the LC reviewed in Home Studio Recording.

The EQ section is a potent weapon, offering a considerable amount of control which can be put to good effect in the right hands. Each frequency band has 15dB of cut or boost, and the midrange is sweepable between 250Hz and 6kHz, which should provide enough variation for most situations.

The high pass filter is set at 100Hz, which means that it'll be effective against stage rumble and mains hum when playing live, and will reduce mic popping when recording vocals.

Rac Pac has six aux sends, the first of which is pre-fade and is intended for foldback or monitor feeds, and the second is switchable between pre- and postfade. The four remaining auxes are post-fader and suitable for effects, the only complication being that you have to switch between 3 and 5, and 4 and 6. In practise, you get used to this arrangement very quickly, and while you could always use more aux sends, it's fair to say that Soundcraft have fitted as many as could comfortably be accommodated in the available space.

The makers suggest that, when using the Rac Pac with an 8-track recorder, you use the four stereo returns for monitoring, and the first eight input channels to send stuff to tape, using the direct outs. This works OK, but you don't have control over the level of each track coming back, since there's only one level pot for each stereo return.

Working with four tracks is more comfortable, as you do have a level pot for each track when monitoring. You will, of course, want to re-patch at mixdown, bringing the tape outputs up on the input channels, for maximum control. Having the four group faders is nice, since it allows sub-grouping at mixdown, something else you wouldn't expect on a mixer at this price.

Another unexpected feature is the solo-in-place button, which allows you to listen to any channel post-fade (rather than the normal pre-fade), in its true stereo position and with any effects that have been added - a valuable feature.

It's clear that Soundcraft have taken pains to ensure that the Rac Pac is suitable for use in a wide range of situations. The impressive audio performance, with very low noise figures, means that it could quite comfortably be used with an ADAT or a disk-based recording system, without becoming the weak link in the chain. It's also ideal for keyboard sub-mixing and small PA applications.

Small niggles include the use of the stereo returns for 8-track monitoring, and I'm still not sold on the less-than-robust pots that are standard to the Folio range of Spirits.

Other than that, it's hard to fault the Rac Pac, which packs in a hell of a lot in such a small space. I can see this desk being bought by the large number of musicians who play live but also do some recording at home, and in this respect it falls squarely into Mackie CR1604 territory. The two mixers are priced almost identically, and while the Mackie scores slightly more in the ruggedness department, the Rac Pac has the edge on features and is more suited to multi tracking. 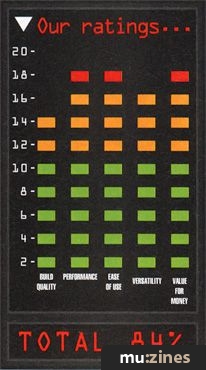 In terms of facilities, the Allen & Heath GL2 is the most similar to Rac Pac, and while it is undeniably a nice piece of kit, it's also several hundred pounds more expensive. For the money, this is a great little mixer, which combines superb sound quality with a host of facilities - in my book it's the best Folio yet. 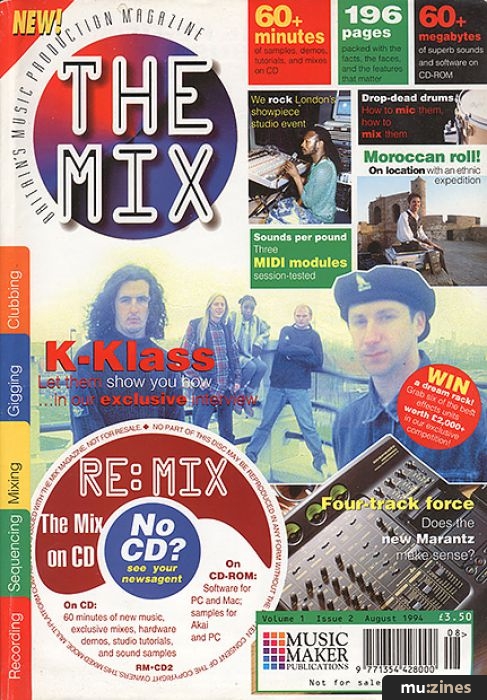 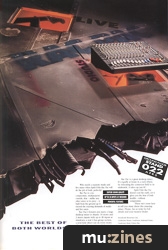