Among the equipment currently being featured in adverts from retailers specialising in the home recording and PA markets, the dual mono/stereo switchable Yamaha GC2020 compressor/limiter is beginning to look very common indeed. On a specifications for price basis it's not hard to see why.

Another toughly engineered 19" rack mounting unit, the metal-clad GC2020 is (initially at least) quite a complex unit to come to grips with, but some user experience and Yamaha's handy operating guide soon allows you to explore its diverse potential.

Starting with the connections on the back, the stereo GC2020 features both conventional 1/4" jack sockets and RCA mini-jacks for input/output options, clearly marked as channels One and Two. Removable metal linking bars connect the 'detector' input/outputs for an external feed from other audio inputs. The front panel provides power on/off, stereo/dual mono and compression in/out on push buttons, followed by an LED ladder to show the gain reduction, and then colour coded rotary pots for exp. gate/threshold, comp ratio, attack, release, input and output. These latter controls are duplicated for channel two.

The main use of a compressor in a home studio is to hold back those infuriating peaks in signal levels which occur whenever you're trying to get a high level down on tape and a singer or player's dynamic peaks send you screeching into overload. You can't manually ride the level control fast enough to handle them, and so some means of auto compression or limitation of peaks is essential. Equally it can be used to increase sustain time on bass and guitar. Ideally a compressor should be smooth in its effect so that when used, it doesn't sound like you've got a gizmo of some kind in operation. In that respect the Yamaha performed admirably. Even at high monitoring levels through our JBL monitors with a massive Sunn power amp delivering the juice, the GC2020 sounded excellent. Certainly, even for really advanced home studios, the Yamaha performs beautifully, and we'd go as far as to suggest that it could even have a useful role in small to medium size professional demo studios.

A particularly useful feature of the Yamaha is the 'expander gate' - effectively a noise gate, which can be variably set so as to cutout unwanted noise levels when the compression/limiting isn't in operation. This feature makes the GC2020 especially handy for recording uses.

Another plus of the Yamaha is that it can be switched so that two separate signals can be input each receiving individual amounts of compression. Alternatively, it can be set for normal stereo, in which case you can use it very conveniently for handling a complete stereo send - possibly a whole mix-down.

A final (but very useful) feature is the Yamaha's ability to be triggered from an external audio source via the detector in/out jacks, enabling control of the effect to be achieved by an external sound source - a creatively inclined feature which can be a lot of fun to play around with. Obviously, an immediate comparison with the Vesta Fire SL-200 (reviewed in last month's IT) is relevant and, frankly, there isn't a great deal to choose between them. Neither 'pumped' or 'breathed' to any noticeable degree, the facilities are similar (as is the build standard) and the performance of both units was excellent. Bearing in mind the lower price of the Yamaha (RRP £229 against Vesta-Fire's £283) an audition of both in a side-by-side test is strongly recommended.

The Yamaha GC2020 is good value for money in an increasingly competitive market. It should serve any home or small/medium pro studio just as well. It will also be very useful for PA operators trying to avoid distortion. Again, we'd recommend it very highly in both value for money and performance terms.

On stage (especially with keyboards and basses), as a vital part of a PA or monitor set-up, in home studios - even for Hi-Fi - a graphic equaliser is about the single most useful tool that you can have. But it's easy to be fooled by cheap equalisers - after all one metal box with sliders on looks much the same as another, and there are plenty of identical looking ones on the market today.

Yamaha's basic mono contribution to the genre is the GQ1031, a strongly made 19" rack mountable unit offering 31 bands of equalisation - ie., the normal 1/3 octave format. Input and output connections on the Yamaha are doubled, one pair being conventional 1/4" mono jacks, the other accepting 'RCA' mini-jacks. A fixed lead completes the rear layout. On the front are just two push buttons, one for on/off, the other for Eq in/out. Both have red LED status lights. Input levels are set by a single slider and Yamaha have, usefully, provided a third LED here to warn against input overloads.

The amount of control provided over each of the 31 frequencies is ±12dB - not a massive amount but sufficient for all normal equalisation and feedback suppression purposes.

Realistically, all that differentiates one 1/3 octave graphic from another (apart from build quality and the amount of cut and boost provided) is how quietly it performs, and here the Yamaha does very well for the relatively low cost. Total harmonic distortion is claimed to be 0.005 per cent (at 1kHz, 0dB with the Eq sliders flat) and certainly the performance was commendably free from distortion. Noise level too, was pretty impressive; not, of course, up to the very top studio standards (at £199 you must be joking!) but very good for mono purposes, especially on stage bass and keyboard uses.

Not being a stereo unit (for that you have to look at Yamaha's RRP £399 GQ2031), the GQ1031 is limited in its application in recording roles - a pair of them being needed for stereo uses - but for aux sends on instrument amps and mixers, some recording purposes and in mono systems generally the Yamaha does the job very well indeed. A well made equaliser with good performance in noise and fidelity terms, the Yamaha GQ1031 is very well priced for a mono 1/3 octave type - comparable units often costing at least £100 more. We'd give it a very high recommendation. 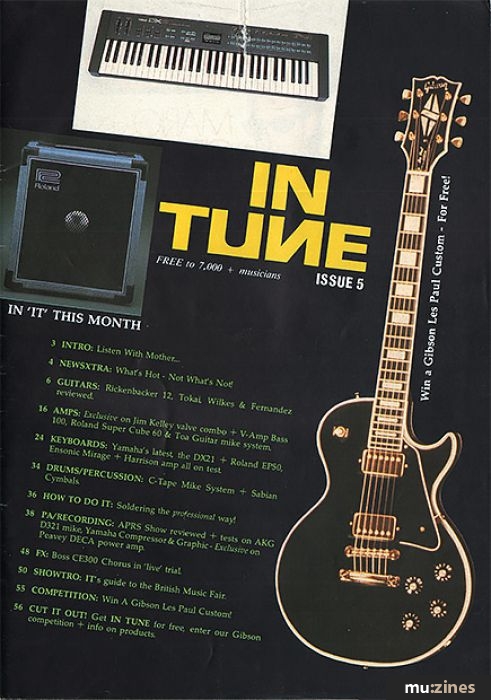 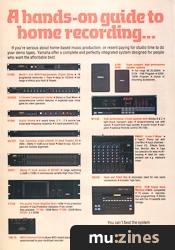