With an ever-expanding range of hi-tech music equipment, Akai seem intent on carving out a
sizeable market niche for themselves. Simon Trask checks out their first MIDI controller.

AS THE NUMBER of low-cost MIDI synths and expanders continues to grow, manufacturers seem determined to open up the market for budget controller keyboards to play them from. Alongside the Bit controller (reviewed elsewhere this issue) and Roland's MKB200, Akai have come up with the six-octave MX73.

It's a very plain-looking instrument, but don't let that fool you - Akai have given their controller a flexible set of facilities, and a straightforward set of controls to make use of them.

While the MX73's keyboard probably won't satisfy those musicians whose ideal is a piano-style mechanism, it's still an effective compromise between piano and synth - and there's no harm in that, given that many musicians nowadays are more at home with the latter.

Precise details of design philosophy vary from controller to controller, but most musicians expect the keyboard to offer dynamic control. The MX73 offers attack velocity, but surprisingly, Akai haven't included aftertouch among their controller's facilities - presumably the keyboard isn't capable of conveying this information.

But the MX73 has been given a generous quantity of four keyboard zones (Akai call them "areas"). Each of these can be given an upper and a lower note limit, allowing you considerable freedom deciding where on the keyboard you want to allocate a zone, and which range each zone will span (from as little as a single note to the full keyboard).

Four zones may sound like a bit much, but even if you only want to use two (for standard split/layer textures) it can be handy to have more zones for highlighting certain notes, or for sending independent patch-changes to MIDI effects units, for instance.

Zones can easily be turned on or off by switching their MIDI channel assignment on/off. Alternatively, if you want to make use of some zone features but don't want to play a zone, you can set its range to one or other extreme of the keyboard.

Each zone can be assigned its own MIDI transmit channel (1-16) and its own MIDI program number (0-127). A master transpose control (up or down 11 semitones in semitone steps) affects all four zones alike, and you can also transpose individual zones up or down three octaves in octave steps - giving a total MIDI note transmit range of 0-120.

Attack velocity can be adjusted for each zone on a scale of 1-10 - a useful way of centrally adjusting parameters such as volume and filter cutoff, which attack velocity frequently controls.

On the left of the control panel is a master volume slider which works by sending MIDI volume controller messages on all channels. This means you can, for instance, fade out all your instruments from the MX73 - assuming all your slaves can respond to the MIDI volume command.

In addition to the regular pitch-bend and mod wheels (which can be turned on or off independently for each zone), Akai have given the MX73 a generous number of assignable controllers: four footswitches and four footpedals, one of each per zone. If you don't have that many pedals to hand (or foot), you can make use of four frontpanel sliders and switches instead. The effect of these controllers can also be switched on/off independently for each zone.

While you can allocate any of the four assignable footswitches to sending sustain messages, Akai have also included a single dedicated sustain pedal input to fulfil this function. You can turn the sustain effect from this pedal on/off independently for each zone.

All these parameters are storable in up to 100 programs, which may be called up from the front-panel keypad or stepped through from a "program up" footswitch input.

The MX73 has two dedicated MIDI Outs, but there's also a third MIDI socket labelled "External". This is effectively a third MIDI Out, but when you select the "External" control, you can dedicate it to sending MIDI patch changes which you enter from the front panel, independently of the MX73's programs.

Tape in/out jacks allow program data to be stored to cassette (though there's no provision for dumping program data via MIDI - but then, neither is there a MIDI In).

With the MX73, Akai have come up with a controller that is easy to understand and use, yet offers a healthy degree of performance flexibility, over and above what you'd find on a synth.

But the Bit Master Keyboard's inclusion of MIDI In enables its many facilities to be incorporated into a sequencer-based environment - an area the MX73 doesn't involve itself in. And what may prove disappointing to some musicians is the lack of aftertouch on the MX73 - it is, after all, a feature that's increasingly being taken for granted on synths and samplers. 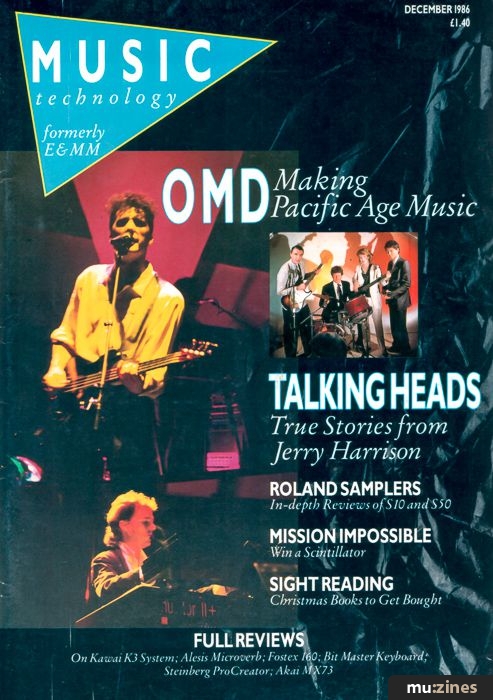 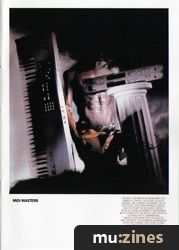