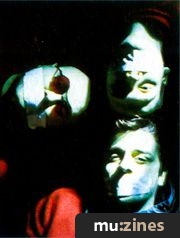 Pressure Of Speech - a trio consisting of Mickey Mann, lighting man Luke Losey and DJ Stika - have grown out of the buoyant post-Synergy techno-dance scene and exploit the rougher side of trancey electronics to evoke a darker, more threatening vision of society. You can dance to it, but in the world of POS 'getting out of your head' is more likely to mean going insane than happy escapism.

A debut album Art Of The State is out now on North/South Records.

1 What was the first synthesiser you ever played?

"A Sequential Six Trak I got in San Francisco for $100. It has a transparent/industrial quality I've yet to find on another synth. You can have it overwhelmingly loud in a track, but it won't cloud even subtle background washes."

2 Who is your favourite musical pioneer?

"Brian Eno. Some of the places he takes you will never be reached again, I don't think - Ambient 4 On Land particularly."

3 What's the difference between Doop and Brian Eno?

"They are at opposite extremes of the entire artistic/musical spectrum."

4 What's the difference between analogue and digital?

"Analogue has a life of its own - digital has always seemed like programmed life/existence."

"A different experience, and we need as much as we can get before we are not allowed, or prevented in some way."

6 Which record says most to you about music technology?

"There are two: Dimensional Holofonic Sound's House Of God EP; and Orbital's Mutations EP. Both took a seriously professional and creative look at new technology, and sound like someone had a good time. Aural curtains."

7 What does the phrase 'multimedia' mean to you?

"Hear/See/Speak - just like those brass monkeys everyone's grandmothers had."

8 How do you react to hearing a sample of your music on someone else's record?

"Yet to happen. Maybe I'm only listening to the overall effect."

9 What is the next piece of equipment you would like to buy?

"They will, hopefully, come up with an answer to the self-knot-tying jack-to-jack lead sometime before I die. If technology does become invisible, I'm sure Laurie Anderson will be there or thereabouts." 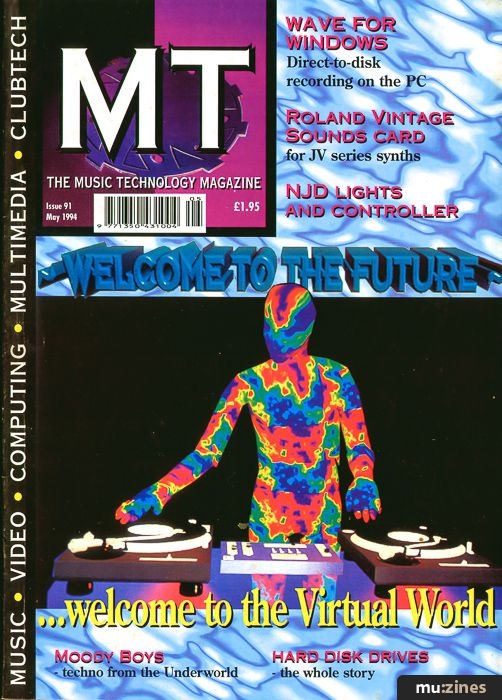