The ergonomics of the small mixer redefined 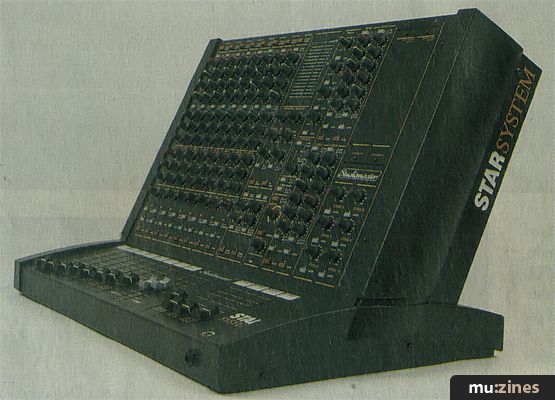 There are those who love to buck trends and actually produce machines that take account of the way we humans really work - equipment that is ergonomically-designed and fitted only with features we really need. Which sounds like the cue for a song. Or better still, the Studiomaster Star.

All right, no prizes for spotting why the Star is so outrageously different from the hordes of other budget mixing consoles flooding the market. But the vertical control panel is no mere gimmick - it's just a bit of logic, Studiomaster-style. I mean, which is easier: craning your neck to read the EQ settings on a traditional flatbed console, or glancing up at the immediately-obvious knob settings on the Star? After all, you wouldn't mount a computer screen horizontally behind the keyboard, would you? So it makes perfect sense to have a mixer's faders in the usual horizontal position, but tilt the rest of the channel controls up to eye-level. And, if your studio is short of space, the Star is ideal - it can be situated on a simple 12" deep shelf, rather than a massive table. Now there's intelligent design for you.

However, the cleverness of the Star doesn't stop at mere front panel layout. Versatility is one other key element in Studiomaster's design philosophy, and the various channel configurations contain some surprisingly useful features. The basic system consists of eight dedicated mono channels, eight secondary mono channels (which double as tape returns for multitracking), ten stereo input channels (four with full faders and EQ) and a master fader grouping system, which can route the stereo signal to any of the eight tape outputs. In short, the Star can be used as a 38-input keyboard mixer, a multitrack desk, or even a live stage console or submixer.

Each of the main eight channels offers balanced mic or line inputs and channel insert, with defeatable 3-band EQ (no sweepable mid-range, unfortunately), access to three auxiliary busses, gain, pan, routing switch, 'listen' button and 'channel on' button - nothing highly unusual there. The secondary (tape) input channels simply have gain and pan controls, and access to a fourth aux send; but it's also possible to swap the inputs on the primary and secondary channels, so if you need to EQ a tape return on mixdown, you can.

The four principal stereo channels contain similar facilities to those found on the main eight, although access to the four aux busses is switchable in pairs: you can choose to send your signal either to busses 1 and 2 or 3 and 4. Interestingly, each of the four stereos has a second set of inputs, on phonos, marked 'hi-fi'; these can be switched onto the channels instead of the main 1/4" line input. Since stereos 1 and 2 are capable of taking RIAA-level signals, you can even connect two turntables here - ideal for people who involve the use of records in their music. Each of these channels also carries a stereo insert circuit, so all possible connection options are kept open. The remaining six channels feature only a gain control and listen switch, so they're best employed as effects returns, or additional simple inputs for MIDI equipment. Incidentally, no less than two separate sets of connections are provided for mastering machines, complete with dubbing and copying facilities.

But the party doesn't stop there. Not only does the master section allow you (unusually) to add effects to the main stereo output signal, via dedicated aux send controls, it also incorporates a parametric EQ. And not only that - the EQ section actually has dedicated input/output sockets on the rear panel, allowing you to remove it from the stereo path and patch it into any of the channels using insert leads. It's this sort of attention to detail which has really won me over to the Star way of mixing.

Finally, the desk also incorporates a flexible monitoring system, switchable for either pre-fader or post-fader listening - you can even trim the amount of PFL signal sent to the monitor buss, to avoid deafening yourself when you hit one of the listen buttons. Naturally, a separate control for room monitor level is provided, and the final icing on the cake is a 'loudness' button of the sort normally found on home hi-fi amps. After all, if you're going to monitor your record decks, you'll need this - and if like me you're used to monitoring mixes through a hi-fi amp for comparison, a feature like this is invaluable.

The build quality of the Star is much like that on Studiomaster's flagship P7 console - similar components are used throughout. It's pretty obvious that the same attention to detail has been employed inside the box as well - the Star is incredibly quiet and sonically clean. The vertical front panel instantly makes the Star user-friendly and, er, 'charismatic'; this console is extremely enjoyable to use.

As usual with Studiomaster products, the price has been kept at an attractive level as well; despite the amount of careful R&D which has gone into the Star, it still costs under a grand (before VAT). But I reckon most people will buy it because of the distinctive and ergonomic design - I definitely fancy a whole bank of these surrounding me in my studio, in a formation reminiscent of the bridge on the USS Enterprise. And you can't help being reminded of the heyday of classic modular analogue synth design when you look at the Star; this alone will win it many friends. All I'd like now is a version with sweepable mid-range EQ and twice as many dedicated channels. But even as it is, Studiomaster's latest desk still sheds a completely new light on the phrase 'star quality'. 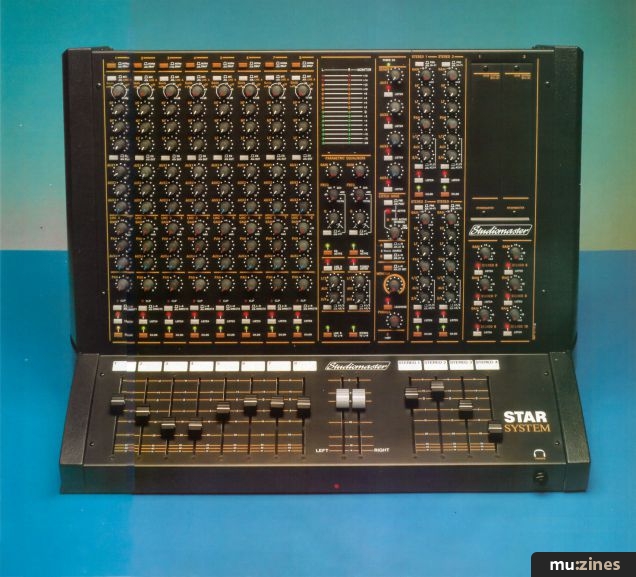 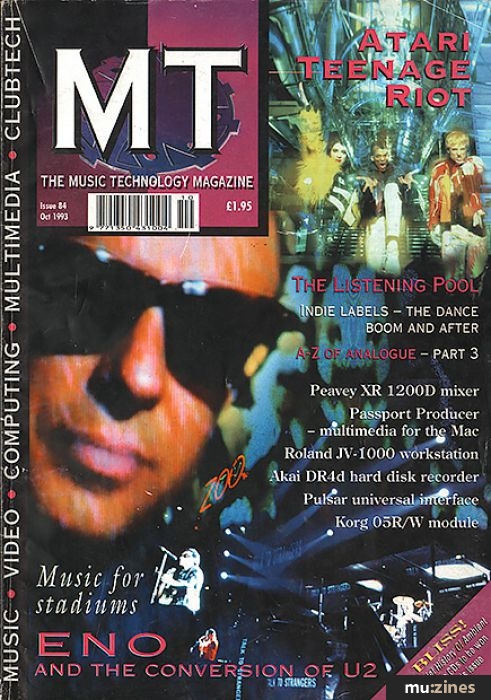 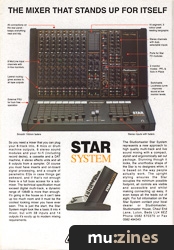