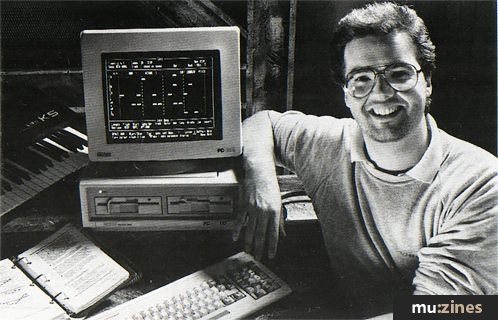 Two years ago at the British Music Fair, I was standing with a group of SOS colleagues exchanging views on what we each thought were the most interesting products on show, as well as attempting to predict the hi-tech 'future' and the directions the market might take. Our conversation must have been overheard by the marketing executive of a well-known instrument manufacturer who was standing by, for he edged closer to us, waited for the right moment and abruptly interjected with: "You're obviously talking about our new electronic drum system. So what do you think of it?"

"Errr... wonderful, " we hastily replied, whilst trying to spot what it was he was referring to. Unbeknown to us, we were actually standing next to his company's newly-launched electronic drum system. Not wishing to appear disinterested, we focused our attention on the kit.

Having apparently won our interest, the guy promptly began rattling off the sales spiel he had obviously learned parrot-fashion from the glossy coloured brochure which he so deftly handed out to us. It was from reading this that we discovered that the sound generating 'brain' of the company's new electronic drum system was, in fact, a low-cost rackmount version of their top-of-the-range drum machine but without the pattern recording features. What's more, it was possible to trigger the drum voices via MIDI.

"Brilliant," we said. "That's exactly what the market wants - a high quality drum expander that can be driven externally from a computer-based sequencer. Stick an ad for it in our mag and you'll sell lorry loads of them!"

"Sorry, can't do that," replied the marketing executive. "We are only allowed to sell the whole system. Including the drum pads."

"But it's a sure-fire winner..." we advised. "Just what everyone wants. You'll sell far more of those drum expanders on their own than you will complete kits. Nobody wants another electronic drum kit."

We could have argued until the cows came home, but the marketing guy was so brainwashed into believing his new drum kit was the best and that drummers would flog their Simmons kit and buy his instead, that he was blind to this potential new market for his product. They didn't, of course, and his 'world-beating' drum kit sank without trace. We tried telling him this might happen, but would he listen?

Funnily enough, that particular marketing guy is no longer in the music business. If he were, he would be kicking himself now, for guess what Akai have just released two years later? That's right, a standalone drum expander called the XE8 (see review p42). Akai's little baby is exactly what the market has been crying out for - high quality sampled drum sounds capable of being triggered from any MIDI device, including a sequencer. Nice one Akai. Glad to see somebody's taking notice. (They must have overheard our conversation!!) The real irony is that another forward-thinking Japanese company did release a rackmount drum expander two years ago, which also used plug-in RAM cards like the XE8. But guess what? The company never told anyone about it and so nobody bought it!! Have they never heard of 'marketing'? 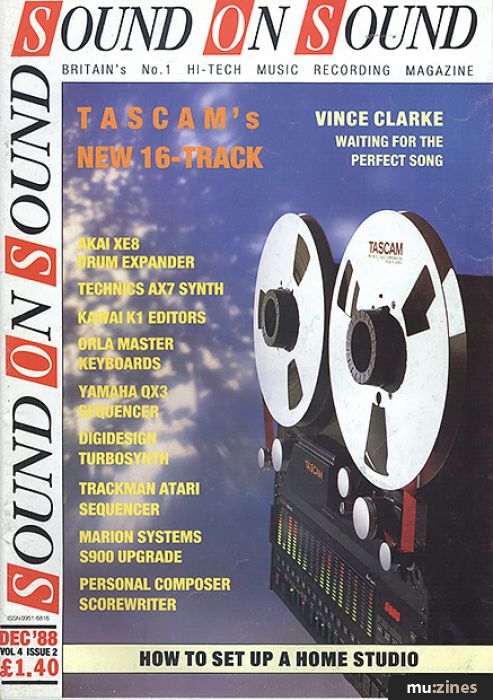