Leslie Bunder checks out Duran Duran at the Wembley Arena 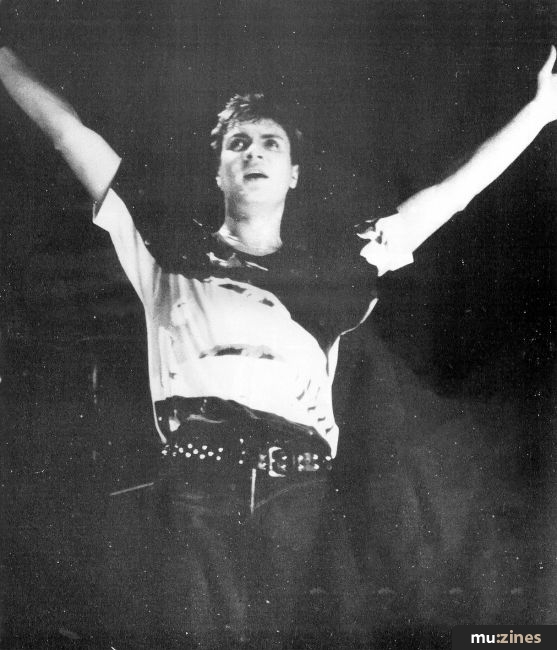 For a band who give the impression of being 'easy come, easy go', Duran Duran go to great lengths to prove otherwise in the concert situation. If only by the addition of the Fairlight they show how much they've progressed since their early days in Birmingham. Nick Rhodes, user of said item, picked it up in Australia I was informed, and has since started to use it in their live set for added sounds. All the standard Fairlight equipment was in evidence including keyboard, lightpen and monitor, with a backup of 20 discs-full of programs in case anything should go wrong.

In using the Fairlight it might have been logical to forget other synthesizers, but Rhodes doesn't do this. Instead he uses three, the Jupiter 8, Crumar strings and Prophet 5, which is two fewer than on the previous world tour. However, the sound was in no way diminished; every so often Rhodes took the lightpen and touched it to the monitor to get his sound as opposed to using the QWERTY keyboard, mainly due to the slowness of typing. All the synths and the Fairlight complemented each other and blended together well; songs such as 'Rio' featured bird-like sounds which were achieved to great effect using the Fairlight. "Setting up the synthesizers took just one hour," said Rocks the synth man, which I thought was not bad considering how much is involved.

Backing musicians helped fill in the Duran sound to its usual level with sax, drums and vocals (isn't everyone doing that today?) but even by using extra musicians or boosting the sound to ear piercing levels there was no way to drown out the sounds of the thousands of girls whose screaming reached a peak of 112dB.

The actual stage set was nothing spectacular, but served its purpose as a visual. At the back were Greek pillars on which different coloured lights focussed, and small lights scattered around the stage changed throughout the set. Alan Goldberg the lighting director said the lights cost in the region of £10,000 per week, which isn't surprising considering there were over 300 lights and 24 Varilights using almost 45,000 kilowatts of electricity involved.

All of Duran's hits came and went, from 'Is There Something I Should Know' to a very bassy 'Hungry Like The Wolf' and their early hit 'Planet Earth', each one greeted by around 3000 screams. A concert enjoyed by most, if not all of the audience, myself included, and one which showed that Duran Duran can play their instruments and are definitely here to stay.

The synthesizer, as a universal instrument, has found its way into all sorts of music, with traditional music being no exception. From Steeleye Span to Andy Cronshaw and Clannad, the fad for electro-folk seems to re-appear in cycles, with some outstanding music being produced each time. One figure who has worked throughout all this time is Alan Stivell, a major influence on acts as diverse as Kate Bush and Ian Anderson. Probably his most outstanding album, 'From Celtic Roots', features some searing guitar from Dan Ar Bras in addition to Stivell's traditional instruments, keyboards and Mellotron. 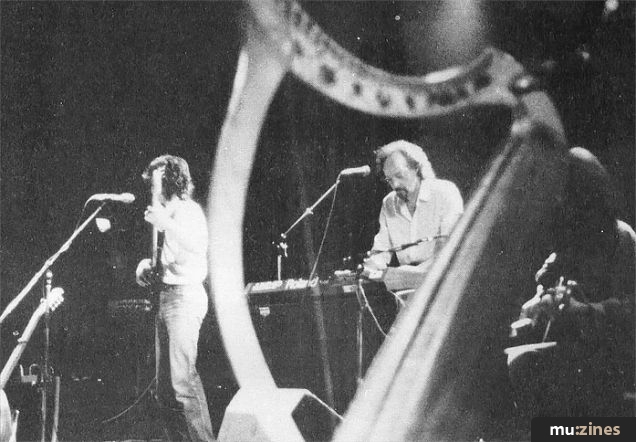 Stivell's style has changed a little of late, particularly in the introduction of a political element (concerning the subjugation of his native Breton culture) which has become increasingly overt. It was with some uncertainty, then, that we faced the prospect of a London concert, but our fears were largely unfounded.

The set opened very sedately with a series of songs on the harp in a variety of languages from French and Breton to English and Welsh. A loud buzzing from the PA was a little offputting but eventually cleared up, leaving the audience appreciative of Stivell's beautifully clear voice but perhaps hoping for a little more energy in the second set.

This was supplied in full as a small ensemble of players took the stage — no drums, but a guitarist, fiddle player and bassist. Stivell's songs (most of the titles in Breton by the way, with occasional exceptions such as 'Celtic Symphony') took on new life with a powerful rhythmic backing under his vocals, amplified bagpipes and other wind instruments. A Juno 60 stood at the rear of the stage and Stivell used it to produce strings and a realistic Accordian substitute, filling in another song with gently phased chords on a Fender piano.

As the evening progressed the musicians became more and more inspired and a degree of dancing and jigging about was observed amongst certain members of the audience. The longer pieces went down particularly well, and the connections with other forms of electronic music became clear — the long, repeated sequences, the simple pentatonic scales used and the importance of a powerful lead sound. Bagpipes at 30 paces can give a Prophet 5 a run for its money any day!

Apart from comprising a joyous musical event the Stivell concert provided on object lesson in musical Catholicism. To wit — don't assume that synthesizers can only be used for pure synthesizer music, and don't neglect areas such as folk music in your listening habits on the assumption that they're not up to date with the latest technology. 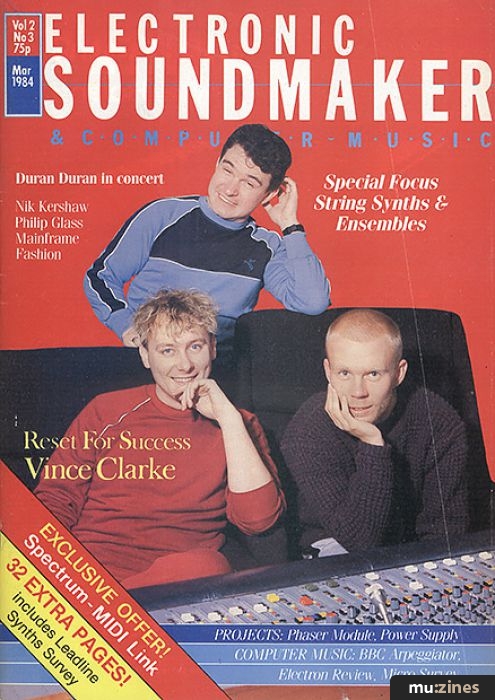