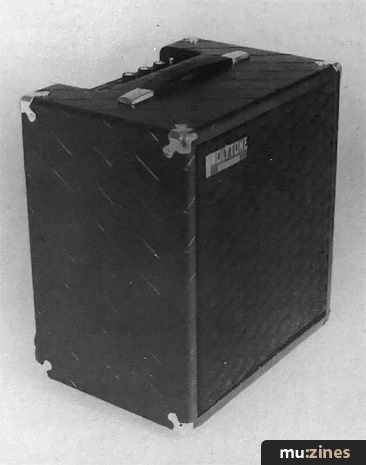 Every now and again a certain manufacturer will capture for himself the sort of reputation that money alone cannot buy. One of these fortunate makers, the American company Polytone, have in the last few years become very much "de rigeur" for the studio bassist and more than a few Jazz players of both guitar and bass.

Like all the best cults, exclusivity has had more than its part to play in the development of Polytone's reputation. Initially Ivor Mairants in London were the only importers of the Polytone range that I know of (sorry if I've left anyone out, there!) but now bass experts and devotees, Soundwave (distributors of the famous Steinberger bass and Trace-Elliot amps) have picked-up the complete Polytone range too for distribution to other dealers throughout the U.K. Now, players all over the country can get to see for themselves just what all this fuss has been about and make their own minds up.

For a cult product the Polytone doesn't actually boast any great revolutionary design qualities. It's very plain looking with a small, almost squat, casing covered in a strange vinyl-like patterned material called Bolta-flex. This is claimed to be extra strong and as far as we could tell, seemed to be fine.

The single speaker (a unit from an indeterminate source) is housed within the Polytone's almost tiny casing, and the sound it produces is filtered through acoustic foam, rather than the usual cloth or wire mesh material. This is actually acoustically far better than it may at first seem; it's a principle employed by several very respectable Hi-Fi manufacturers for their speaker enclosures so please don't assume that it will effectively deaden the amp's sound — it won't.

Facilities offered by the diminutive Mini-Brute are good for the size. You have two inputs (high and low) plus controls for volume, treble and bass plus a tone contour switch. There's a jack socket for an external speaker and another for pre-amp 'out' which could well be necessary if you wanted to use this amp for larger gigs where the augmenting of its rather low audible sound pressure level could call for boosting through the PA. Mind you, in the studio this could come in useful too, as a straight feed from the preamp could give a great recorded sound.

I tried our sample Mini-Brute 1 with several basses, ranging from one of the ubiquitous cheaper Jap copies to a Fender and found that it was capable of producing a sound which was little short of remarkable, providing one didn't turn up the volume too far, at which stage the amp was driving the speaker too hard for the small physical size of the non-ported enclosure.

In fact the sound quality was quite astonishing for such a diminutive amp, not so much in terms of sheer volume (frankly it got into bass distortion well before it was set to full, much as one might expect judging by the amp's overall physical size). It isn't that the Polytone goes for quantity, but that it goes for a near definitive quality of tone which makes it such a good amp.

The list of Poly tone user endorsees reads a bit like a 'Who's Who' of Jazz bassists and guitarists but I certainly found a lot of Rock bass sounds there too, making it perhaps the ideal amp for a player who's recording a range of very different material where he needs an extraordinarily versatile amp to cope with his eclecticism of style.

Quite how the American manufacturers of this combo have produced this excellent tonal quality is a bit beyond me. They obviously haven't gone to one of the advanced speaker makers from the USA (EV, JBL, Altec or Gauss) so they must have achieved this sheer quality of bass sound more by careful voicing (I'd guess) than by any other means.

So, plug into the Mini-Brute 1's input and take up the volume on this bi-polar tranny combo. Set the Eq the basic way you want it on the volume pot and tone pots (simplicity themselves) and then play around with one of the positions on the smaller slider switch which offers you a choice of basic tone contours labelled 'bright' and 'dark'. These are much what you'd expect, enabling the Polytone combo to be an ideal amp for either a raw, rock bass sound or a tone more suited to a rounder Jazz style. Either seems obtainable from this tiny combo and either would satisfy most players — it really is a first-class tone unless you over-wind the volume pot when a driving tone begins to break towards bass distortion on a level which few bassists would actually want. However, there is probably more justification for buying this model of Polytone bass combo than some of the larger, more expensive versions. True it will distort when over-run but is a manageable volume for the recording of bass guitar (either miked or D.I.'d) and the overall sound is quite remarkable for the size of the tiny package. Quite how this amp's makers have achieved this basic roundness of sound, or the inimitable treble 'clank and clunk' of a more modern bass guitar sound — that's beyond us, except to suggest that they have 'voiced' their amp with a tremendous amount of help from engineers as well as players who are obviously of a high calibre.

Priced as it is (with an RRP of £230.00) the Polytone Mini-Brute isn't at all the sort of bass combo that a beginner would opt for. Further, it could never be loud enough in a loud Rock band to be heard above all the other racket, and if it were to be used as a main amp for Rock use it would not be particularly good value for money. But the Polytone Mini-Brute 1 would be superb for small gigs where volume was far less important than sheer purity of tone (which may account for why so many Jazz players value it so highly) or in the studio where bassists who didn't like direct injected sounds would find it ideal. This makes it very much the sort of amp for pro players who can afford to own a separate amp just for recording or rehearsing.

The little amp doesn't use anything clever in the way of circuitry as far as we could see (the bright and dark settings are merely clever applications of existing tone contour ideas) and the un-ported cab carries a very basic 12" speaker. This must to some extent throw doubt on much of the latest technical wizardry of other manufacturers if this amp can stand comparison with far more 'modern' units — which it can, more than easily.

So, after all, the Polytone is a peach of a bass amp for those with the money to afford it and the gigs which can take its qualities of low sound pressure levels (turn it up to high and it goes half-crazy with the strain!) coupled with an amazingly versatile bass tone. If that sounds like you then don't hesitate to check out this tremendously professional-sounding amp. But you must appreciate it on its own terms — it isn't an amp for every bass player, or even most players. If you have special needs then it's a special amp which justifies its price with a unique role. It isn't an amp for everyman — just a superbly professional bass amp for the player who needs it. The choice, as ever, is yours. 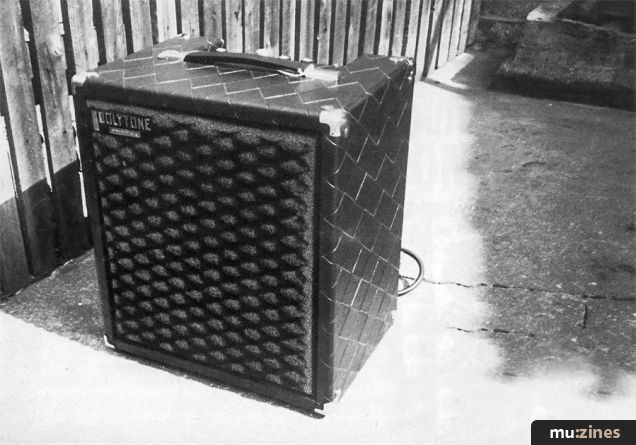 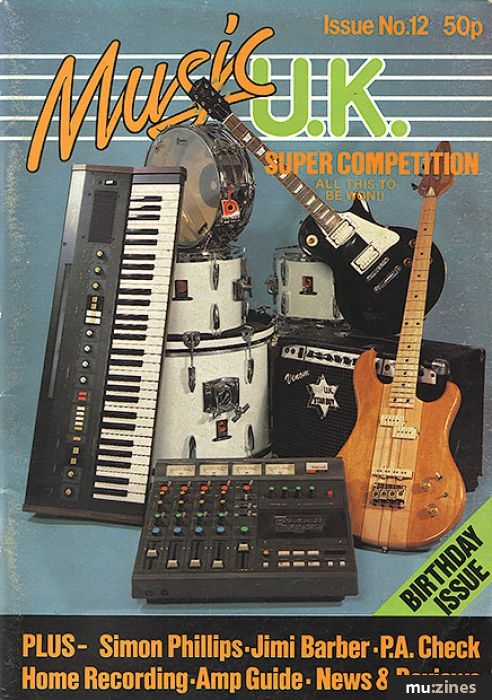