THE story of Vox is as old and as famous as rock itself. From the late 50's when Tom Jennings introduced the world famous AC30. Vox has been an essential part of the modern musician's vocabulary. From the heady days of Shea Stadium to Wembley in 1985, Vox amplifiers and their unique sound have enthralled the world.

THE AC30 AND THE VOX VENUE: THE WORLD'S FAVOURITE SOUNDS

No other amplifier can boast such a pedigree — a seemingly endless list of users which reads like the rock and roll hall of fame.

Whereas Vox are chalking up another first — the first amplifier to celebrate its 25th anniversary — Vox have never been a company to rest on its laurels.

Since its inception the word Vox has been synonymous with innovation, so while international stars like Brian May and Tom Petty continue to play the AC30, stars of the 80s like Paul Weller and Johnny Marr have been quick to recognise in the Vox Venue series sounds and features to put today's musicians on the map and keep them there.

The Vox Venue Solid State series has since its launch in 1984 been the fastest growing amplifier in sales terms. Its success is firmly based in a sense in history for it was Vox's original policy to provide for the current musician a product that would enhance his performance and give him today's sound at a price he could afford.

From the mains battery busker through 30, 50, and 100 Watt lead and bass combos to a remarkable 100 Watt keyboard amplifier and 120 and 200 Watt PA systems, the Venue series is already thrilling audiences in every major market in the world, from the USA to Australia, from Europe to Japan.

For the valve player however Vox is still innovating and the result of its latest extensive research and product development is the Concert series. The Concert 501 made its debut this year. No longer is the AC30 out there on its own.

First in the Concert series comes the 501, 50 Watt combo fulfilling the need for a compact yet powerful all valve combo, with state of the art facilities and Vox sound. Switchable, twin channel permitting preset clean and overload sounds at any individual volume level with independent channel equalisation is accompanied by many extra features to give the player the best opportunity of realising in perfomance his true potential-reverb, send and return effects, remote switching for reverb and channel, LED indicators, variable level direct injection and many more.

GUITARS. EVERY NOTE AS GOOD AS THE AMPS

Another major innovation on the Vox front, is the outstanding new White Shadow 'M' Series lead and bass guitars. Available in '86, these guitars feature rosewood fingerboard, maple neck and basswood bodies. The Lead range is available both with and without locking tremelo, the bass with or without frets. And all produce that clean crisp sound Vox has always been famous for.

So whether it is valves or solid state, lead or bass guitar, Vox is where it always has been — out front leading the way throughout the world.


FROM HARPS TO GUITARS

LEE Oskar is a name that's been at the very top of the harmonica playing tree for over twenty years now.

He's played with War, made untold guest appearances on albums and thrilled millions of people live.

Now, together with Tombo MI Co Ltd, Lee's given his name to a range of 10-hole harps that rate amongst the best in the world. Designed to have no air-leakage, with self tightened bolts, every Lee Oskar harmonica's tuned to maintain exactly the right pitch, no matter what the key.

Available in Major Diatonic, Harmonic Minor and the unique Natural (Blues) Minor, these outstanding instruments come in slide detachable cases so you can carry as many different keys as you like.

Tokyo Sound, the company that make Guyatone effects pedals, have been in the business for over 50 years, and in that time, they've earned themselves the reputation of pioneers in the effects field.

They're always updating their pedals and extending their range to meet the ever-changing needs of today's guitarists.

There are now 20 pedals in the range, including the new Noise Gate, each one offering exceptional value. Especially when you consider some, like Chorus Flanger and Distortion & Chorus give you two effects for the price of one.

Others have unique features like a battery indicator light that not only shows when the unit's on, but also indicates when the battery's nearly dead by changing from red to green.

All Guyatone effects are naturally built to last and have extra durable microswitches. They also have a luminous seal for easy identification on stage and an AC adaptor jack (Guyatone AC102 power supply sold separately).

The new Guyatone Gate Loop pedal has one distinct advantage over others of its ilk: it can be connected to other effects pedals and can therefore control the level of signal and noise across the whole circuit. Controls include: Threshold, Release and Level.

German built, Vader Cymbals is a new name to the market that's already causing a big stir with today's drummers.

Why? Well, Vader originally set out to produce hard-wearing but easily-affordable cymbals with the complete beginner and semi-pro in mind.

The range includes INVADER, a brass alloy cymbal with a rich warm ride and voluminous crash, NUVADER, a nickel and silver cymbal with excellent projection and quick response, RAINBOW, a cymbal with powerful crash and ride effects which comes in either black or red and finally, SOUNDVADER. The top end of the Vader range, this high grade bronze alloy cymbal has been designed for the semi-pro and has clear, precise characteristics.

Aggressively shaped and available in black, red or white, the Vantage range of Guitars and Bass's have proved incredibly popular in the year or so they've been around.

They have a clear, sharp sound with a distinct edge and as the action's light, they're easy to play.

Built to take the hardest of knocks, the Vantage range starts at £150 and is available through Rose-Morris in the UK. 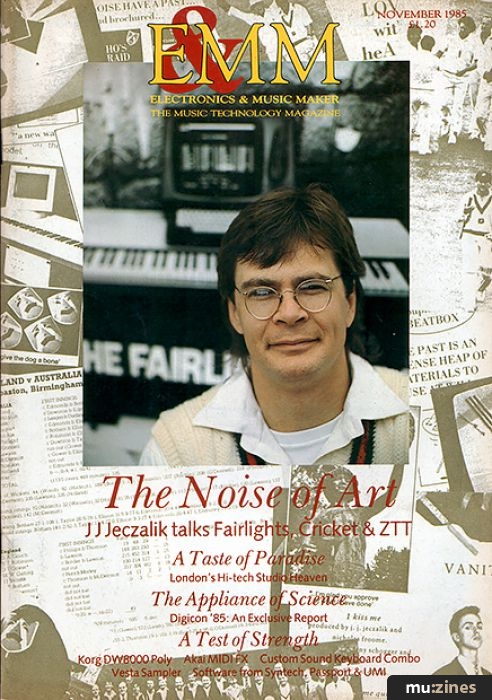