in memory of olympic drums

Olympic drums were once the first choice for every young beat-hashing megastar. Years later, they can still deliver gold-medal performance for bronze-medal money - or less. 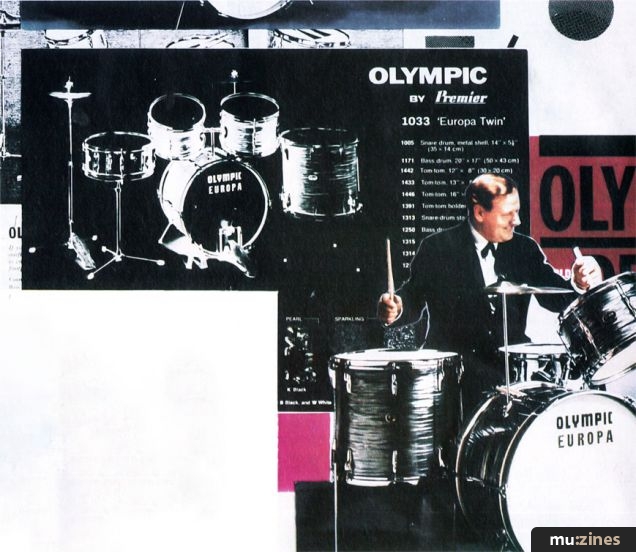 ONE OF THE THINGS all prospective drummers learn to do during those cruel, cruel years before fame and fortune are theirs, is drool. As an exercise performed by the budding beatsmith, drooling goes hand in hand with the double-stroke roll and the flam paradiddle. Before you know it, drooling will become second nature. You won't even have to think about it: you'll just walk into a drum shop and the sticky, slobbery stuff will come cascading down your chin.

It's frustrating. I know, I've been there. And so has every other drummer in the world who's ever picked up a pair of sticks in anger. But what do you do? The sofa is a smoking ruin after your last attempt to play the intro to Motorhead's 'Overkill', both your kneecaps have been shattered by repeated pummelling and your Granny wants her knitting needles back anyway.

You need a decent kit. Badly. But you're skint. So you need a cheap kit. One that will cost considerably less than an extension to the kitchen or a new living-room carpet, both of which are probably higher on your parents' list of priorities just at the moment. In other words, you need a kit with an HP repayment scheme that can be covered by your fiver-a-week pocket money. Impossible, you cry. Not so.

Obviously, what we're talking about here is buying a drum kit secondhand, something which you may be a little unwilling to do. But, and here's the rub, if you're on a tight budget there really is little choice.

Now, buying anything secondhand can make your worst nightmare seem like a holiday in the Bahamas, and drums are no exception - especially if this is your first kit. Wading through the dark and dusty recesses of a music shop, the main problem you encounter is the bewildering array of names which, in this day and age, simply mean nothing. There is an awful lot of garbage out there masquerading as the classic kit from the golden age of British drumming, and if the brand names are unfamiliar to you, it can prove nigh impossible to separate the champagne from the apple juice. There is, however, one name that crops up with touching regularity among the ranks of the bloody-but-unbowed kits of yesteryear: "Olympic". 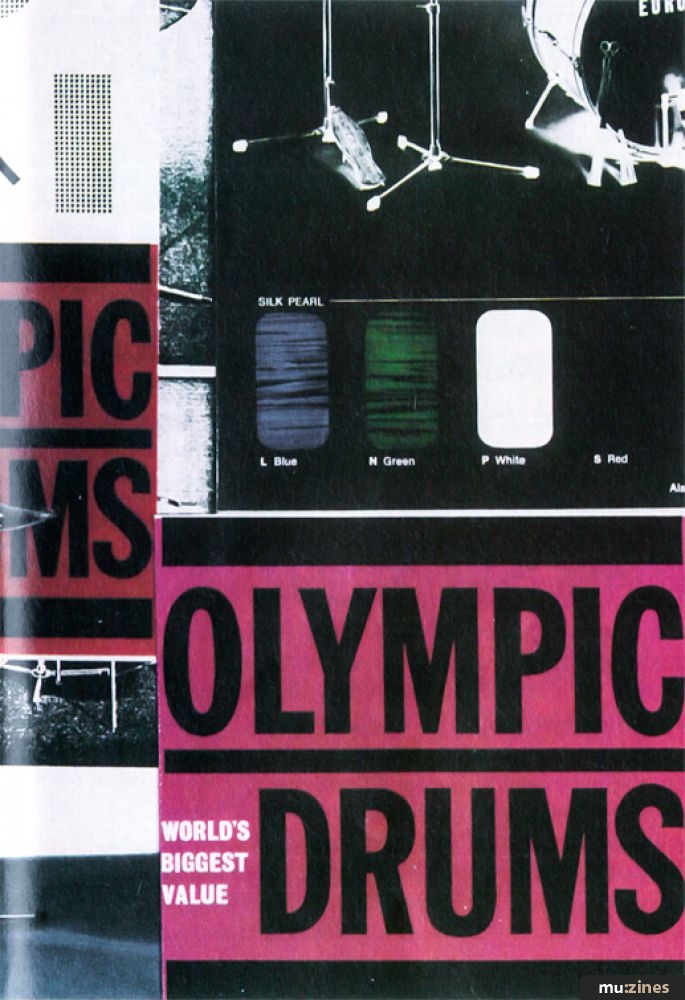 Produced by Premier for many years, Olympic was one of the first ranges of quality drums to be marketed at a price attractive to the beginner. And because all Olympic kits were put together with the sort of robustness the average Volvo estate car would envy, there's still a remarkable number of them around today. As a first kit at a staggeringly reasonable price, an Olympic could just be the answer to your (and your Granny's) prayers.

The Olympic name was launched by Premier in the early '60s in answer to the demand from amateur and semi-pro players for a well-made, credible-sounding kit at an affordable price. The catalogues of the time sported the slogan "World's Biggest Value", a boast that was hard to refute considering the kits' design specifications and the fact that they outsold every other drum in their price range.

During the late '60s and early '70s Premier became the kit to be seen with. They had a well-deserved reputation for solidity, clever design and a powerful sound. And as the company's top-of-the-range kits were enjoying the endorsement of such players as Keith Moon (The Who) and Carl Palmer (ELP), so the Olympic kit became the natural choice for beginners. At the time there was simply nothing to touch them in terms of looks and quality, the finish of the drums and the chroming on the hardware being particularly fine. You'll seldom see a secondhand Olympic kit sporting rust-pitted chrome, for example - something that definitely cannot be said of other makes.

As the '70s progressed, the trend in drum design moved towards greater solidity and strength, and so the hardware of Olympic kits was upgraded. The L-arm tom holders were replaced by a far more substantial affair (something very similar, in fact, to that featured on Premier's current APK kits) and the bass drum spurs and floor tom legs were beefed up. The drums' sound had progressed on a par with their appearance, and even now, an Olympic kit from the latest period would give any number of Taiwanese imports a good run for their money.

The metal-shell snare drums were a prime example of the Olympics' competitiveness. Long renowned for the excellent quality of their snares, Premier simply refused to release a sub-standard drum merely because it was intended as part of a budget kit. And not only do these late-model Olympic snares sound superb, most of them still look it as well: you'd be hard-pressed to find a Ludwig 400 snare drum more than a decade old that hasn't got flaking chrome, but you won't see a Premier snare in the same condition unless it's been badly neglected.

It's a tribute to the credibility of Olympic kits that a large number of top professional players began their careers with one. Kenney Jones, Keith Moon's replacement in The Who, is not ashamed to admit that his first kit was an Olympic, and I have it on good authority that Bill Bruford has used one extensively in the studio because it sounds so good. My first kit was an Olympic - whatever that's worth - and I played it for years with no problems at all.

The Olympic line was eventually discontinued by Premier in 1980, to be replaced by a series of high-quality budget kits ranging from the Club through the Royale to the present APK. All these kits are representative of Premier's continuing efforts to produce entry-level drums with an emphasis on sound and construction first, price second. A trend that was instigated by the Olympic.

As a secondhand buy, the later Olympic kits definitely offer the best value for money. You may find that kits which survived the '60s are just too far gone to be a viable proposition. Then again, if you do find one in passable, or at least repairable, condition from that era, it'll be extremely cheap. I've seen countless pre-1968 Olympic four-piece setups on offer for less than £150, which is pretty damn cheap by anyone's standards. Try not to be put off by these kits' unfashionable appearance. Compared with today's heavy-duty scaffolding, the hardware just doesn't look like it's up to the job, but this isn't really a criticism of the range itself: at the time all kits had this type of lightweight hardware because there was no need for it to be any stronger. If you really are on your uppers, the most important thing is to get hold of a set of drums that sound better than the arms of the sofa and which aren't going to assume an egg-shape as soon as the central heating is switched on.

Don't forget archaic hardware can always be muscled up when your finances allow, and if that moment seems a long way off, take comfort from the fact that although the narrow-spread, flush-based Olympic stands look pretty naff these days, they were solidly made for their day and will certainly hold up until they can be replaced. 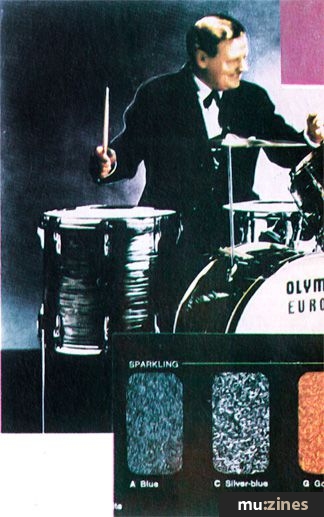 It's difficult to be precise about the price you can expect to pay for a secondhand Olympic kit, because there have been so many different models over the years and their condition varies wildly. As I've said, the older models turn up at some ridiculously low prices, but even the later five-piece double-headed kits seldom go for much over £200. There may not be quite so many examples around now as there were, say, five years ago, but there are still plenty out there.

If you're buying from a music store (and this is something that goes for almost any secondhand equipment), remember that money talks. A shop with a 15-year-old kit that somebody part-exchanged for a new one, and which is taking up valuable floor space, can often be persuaded to offer a substantial discount if you go in waving a fistful of tenners.

So next time you see a drum kit with the old Olympic logo lurking beneath the dust and cobwebs on its bass drum, consider that underneath it all is a damn decent drum kit that, with a change of head and a spray of Mr Sheen, could make you very proud for very little money.

To buy an Olympic is to buy a well-loved and well-respected piece of British drumming history, and there's more than a little credibility in that. And if you can get one covered in White Marine Pearl, you'll own the drum kit with the coolest finish ever.

Before You Start Making That Demo Tape 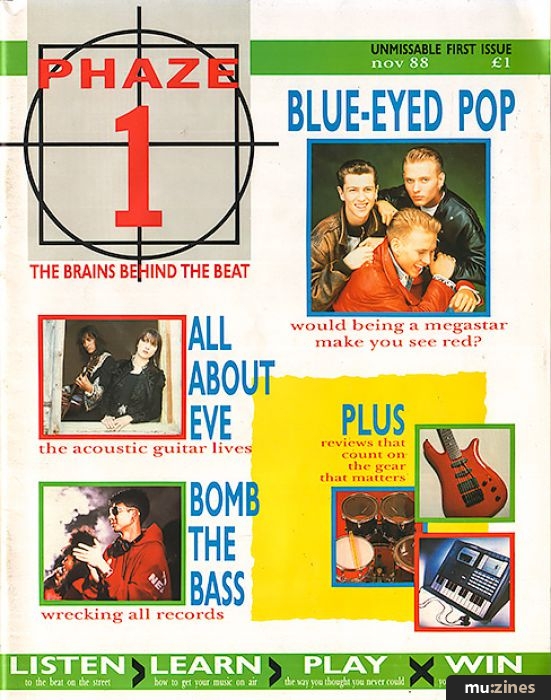 > Before You Start Making That...