Geoff Nicholls puts his foot down... no that won't do...goes footloose... no, try again... foots the bill... worse. Just say it's got something to do with pedals.

THIS PAST YEAR I've been to clinics by Louie Bellson, Simon Phillips, Jon Hiseman, Carl Palmer... all of them great double bass drummers. Yet there's hardly been a question raised about foot-pedal technique. Until recently the books were full of advice on stick control, grips and strokes, but barely a dicky bird about feet. So this month we cast our eyes downwards to those things that stop our legs fraying at the ends. This is what I've discovered so far.

First, get a decent pedal and stool. You don't need a fortune; a good basic pedal can be as little as £35. A good stool could be more, but it's worth it. A numb arse, as Andy Duncan recently put it, means you're tense and uncomfortable, which will seriously mess up your performance. Great players seem almost to 'dance' on the pedals, and this can only be achieved through balance and relaxation, the body weight going straight down through the stool, leaving the legs relatively free to perform.

Stool height and position bear on this. Sit too high and there's a tendency to tip forward on the pedals, digging the beater into the drum head. Too low and it's hard work lifting the legs for power strokes. There must be an optimum, though it seems to vary between individuals. It used to be fashionable to sit quite high. Max Roach through Ringo to Billy Cobham, for example. Recently it seems more fashionable to sit lower. Probably the influence of Gadd, Erskine, Colaiuta, and all that lot.

However you sit, it's recommended the knee should be roughly above the ankle. Forward of this and it's difficult to bend the ankle up. Back from this and you don't get the full weight and power of the leg.

Perhaps the only universally accepted aspect of technique is that the heel can be either flat on the pedal or lifted off it (so that contact is made with the ball of the foot). Most drummers use both methods depending on the situation. But there are those who use one or the other more or less exclusively. Lifting the heel is common in rock, at least for louder passages. Combined with bringing the foot further down the plate, this produces maximum leverage, hence maximum volume. Lifting the heel too high – a mistake I sometimes make – doesn't seem too advisable to me, because you're almost on tip-toe, which increases muscle tension and tends to throw you off balance. Nevertheless, I've seen the occasional brilliant player do just this!

With the foot flat on the plate, it's easier to keep your balance and, many say, easier to maintain accuracy. Against this you don't get the volume required for a lot of rock beats. And many drummers would say that continuous, fast (ish) beats are easier with the heel up.

Whichever way, the next most crucial variable is how you set up your pedal. By this I mean the tension of the spring, the length of the stroke and the type of beater. A long stroke and wide arc increase volume, but if you go too far, the beater has such a way to travel that the pedal becomes sluggish. Spring tension is a major consideration. For the last few years I've been using a pretty slack spring, with the idea that it requires less effort and all you have to do is control the bounce, ie, get the pedal to work for you. Certainly many drummers use relatively slack springs; Billy Cobham again for one. Then I read (Modern Drummer, Nov. '84) Larrie Londin – another great double bass drum player – uses the tightest springs he can get. The idea being that the spring pulls the beater back off the head giving a very clean stroke. And you only play the beats you really mean.

The tension of the bass drum head also affects the stroke. With a taut head and little damping, you must make a sharp beat with a clean rebound. With a slacker, more heavily damped head for loud rock, playing with raised heel, there's less rebound (although it is increased by the viciousness of your stamping), and there's often a tendency to dig the beater in and to rest against the head between certain beats. This is no doubt 'bad' technique, though it does have a nice damping effect sometimes.

Choice of beater has an effect, too. A wooden beater gives more of a slap, but (I find) doesn't seem to respond as quickly as a felt beater, probably because it's heavier.

Finally you might like to experiment with compound beats. How many variations exist is anyone's guess, but certainly it's possible to get "two beats for the price of one", using a rocking motion. With heel up, the ball of the foot plays an almost upward and forward stroke followed by a downward kick of the heel. Steve Gadd demonstrates this on his "Up Close" video, but I've seen and heard of several variations on this sort of idea. You knew those childhood tap dancing lessons would pay off eventually. 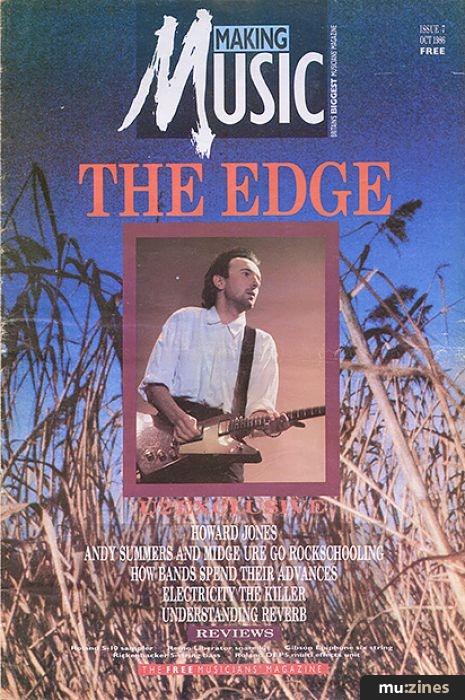