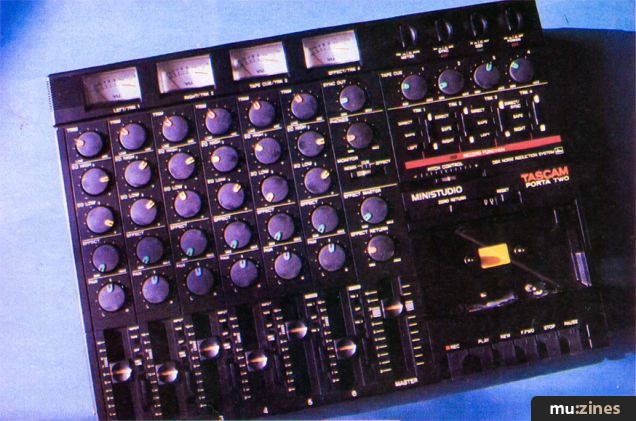 The Porta Two is a six-input four-track portastudio, intended to fill the middle ground between the budget Porta One and the top range 244 and 246. As such, it borrows features from them all, and might arguably be the best of the lot.

Let's start at the front, where the first development we find is six inputs (like the 246); the extra channels don't have tape tracks of their own, but can be assigned to and recorded on any of the four.

Also at the front is a headphones input, punch in/out socket (no pedal supplied), and another new feature, two insert points providing access to channels one and two. These are like the 244's phono in/out break points, and they allow individual effects to dedicated to each channel, for instance compression on drums. A stereo jack leading to a Y adaptor is needed but, irritatingly, not supplied.

The top of the Porta Two is flat with rubberised knobs like the Porta One, but the colours are emphasised, and the general layout seems clearer. The tape movement controls are similar to the P1 (you can use them to cue/review), and feel positive - enthusiastic, even. Each channel has a Trim or gain control, High and Low EQ, and Effect Send and Pan. The Effects stage is another big tick for the new machine; a send from each channel (five and six included) goes via an Effect Master send, and comes back to stereo returns, and an overall Effect Return control.

Also on the top of the P2 are the four record switches, which enable each channel to be routed either direct to its own track (something even the 244 couldn't do), or bussed left or right.

Standard stuff includes a 15 per cent Pitch Change slider, four Tape Cue volumes, four angled VUs, switchable dbx, and an on/off switch. Unstandard is the Sync Out control and on/off switch (elsewhere found on the MT1X), enabling a sync-to-tape code to be recorded bypassing all level and EQ stages.

Look round the left hand side of the Porta Two and you'll find all the other inputs: there's a power (11.5V DC) adaptor, stereo Line Outs, four Tape Outs for copying on to another machine, phono Sync in/out, plus the jack Effects out and ins, and a Tape Cue out, which can be used as another effect send during mix down.

Loved it, with provisos: nice and easy to use, did a demo in an hour and a half with three or four bounces, no problems. Same fiddly and uncomfortable Porta One switches, but they work adequately if not totally efficiently. The extra size bestowed by the two channels makes the Porta Two feel more workmanlike and more professional than its smaller brother. Annoying that Tascam don't supply leads for the insert points, but good that they give a power supply. Not having double speed means slightly lower quality mixes, but that's only a real problem if you're intending to release your demos on record. 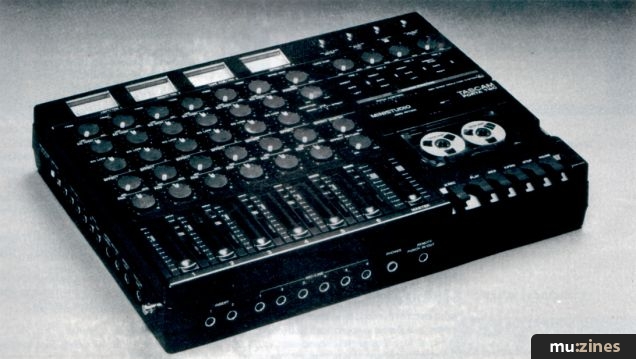 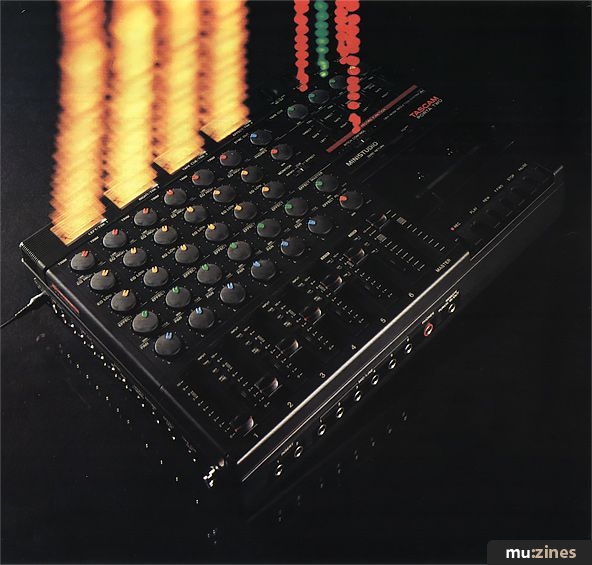 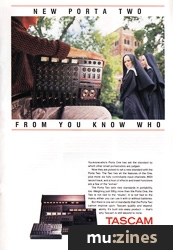 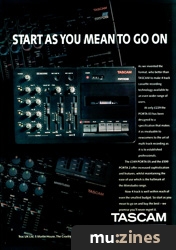