Simon Trask discovers the future sound - and vision - of London

In the first part of an occasional series charting their growing involvement with video and computer graphics technology. The Future Sound Of London tell Simon Trask why they're going audio-visual... 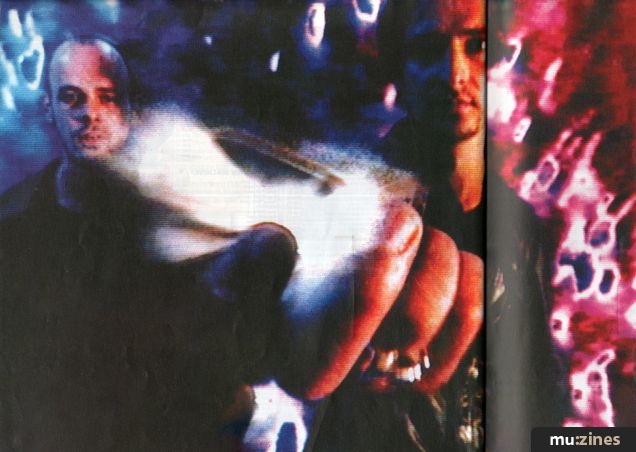 When MT last interviewed Garry Cobain and Brian Dougans aka The Future Sound Of London (MT August '92), they spoke of their intention to install a video edit suite in their studio, proclaiming "Our images should be as sophisticated as our music."

Some 18 months later and the racks of hi-tech musical gear in the now enlarged Earthbeat studio are augmented by a Sony Betacam edit suite, courtesy of the group's publishers Sony Music. But this is not some recent conversion to the audio-visual faith. In fact, Brian and Garry's involvement in audio-visual work, dates back to the mid '80s and a chance meeting with Mark Maclean and Colin Scott - aka video artists Stakker - at the Hacienda club in Manchester.

"They needed a soundtrack for an ident commission from MTV, so we put that together for them," recalls Brian. This led to a commission for a 30-minute audio-visual piece, Ultratech, for which Brian and Garry once again provided the music.

"Stakker had managed to hire a Fairlight CVI (Computer Video Instrument) from Fairlight for unlimited time," explains Garry. "That self-indulgence was quite nice, being able to create at our own pace. There were these glorious editing sessions through the night, when the Fairlight was brought in and we'd be editing the music on quarter-inch tape, back and forth with the visuals. Then there were flights down to facility houses in London to put it all together."

Then in '88 Brian and Garry, together with Stakker, decided to approach some record companies with a view to getting an audio-visual recording deal. The companies they saw had other ideas, however... 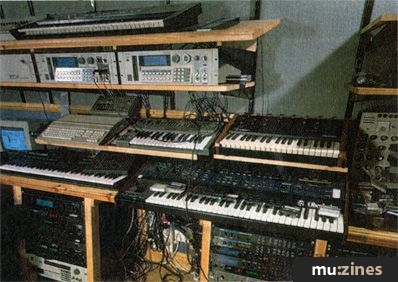 "It was... 'Yeah, we quite like the music, but we can do without paying for the visuals'" recalls Garry. "People don't even want to do that nowadays, although the climate is so much more conducive than it was in '88. We were asking for 50K, 70K; it cost a lot of money to put together the sort of stuff we were doing."

"They had their own ideas, we had ours," recalls Brian. "Stakker didn't want to become this pop promo-making outfit," Garry adds. "Their idea was for one-off artworks, galleries."

However, the audio-visual pairing did manage to produce two more works, Eurotechno for Medialab and The Evil Acid Baron for Rhythm King, before splitting up.

Subsequently, according to Garry, Stakker video material has cropped up in all manner of situations through a series of sub-licensing deals. "A lot of people are pulling in those visuals; I've seen them in the most bizarre places." Including, recently, a video wall display in Debenhams in Oxford Street! "There's money exchanging hands somewhere, but not to us," Garry adds. "We had a very loose, cavalier business attitude back at that time."

"We were also stitched up by the record company," recalls Brian. "We were totally naive - to business, to music, to the whole thing. It swamped us."

Following their salutary experience with 'Humanoid', Brian and Garry found themselves in a period of limbo. It was during this time that they signed to a small independent - Jumpin' & Pumpin' - and began releasing 12"s under a variety of names, including Smart Systems, Yage, Mental Cube and, of course, The Future Sound Of London. Garry refers to this as a "fruition period".

Then came the unexpected chart success of 'Papua New Guinea' and the follow-up album Accelerator in '92, both recorded under the FSOL name. Subsequently, Brian and Garry signed to Virgin Records as The Future Sound Of London, and also formed their own label, EBV, to release material under other names - the 1993 Amorphous Androgynous album Tales of Ephidrina being their first release.

Now, with former Stakker cohort Mark Maclean - aka Buggy G Riphead - back in the fold, Future Sound have embarked on a new phase as audio-visual artists - beginning with the video they made to accompany the recent FSOL single, 'Cascade', put together in a high-end London facilities house before they acquired their edit suite. 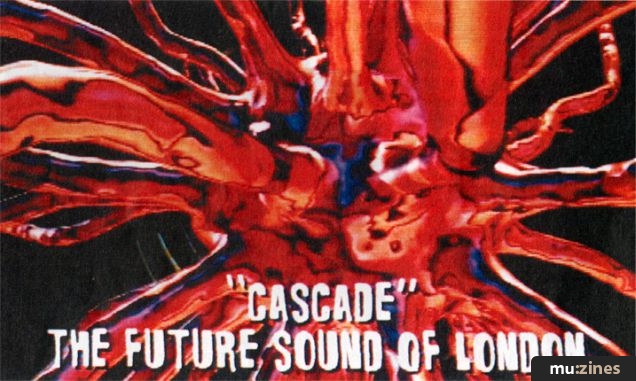 Always questioning the merits of what they produce, Brian and Garry are typically self-critical when it conies to discussing their own video... "It's a luscious piece of work, and technically it's genius, but I think with the expense of using all that computer stuff the content suffered."

"Yeah, I think we've got quite a soulless video," Garry concurs. "I think that's one of the problems of using too much 3D-manipulated work. We had a certain budget, and a lot of that budget went on generating imagery that in its present form is not at its most potent. In retrospect I wish that we'd spent a week filming very good footage, chromakeyed and otherwise, rather than spending so much time in computer time. I think the context in which that technology is used needs to be looked at.

"The idea with having the edit suite is to have the stuff which enables us to go a certain way, but keep facilities houses online to do the more cutting-edge stuff. I don't intend to spend £200,000 on a bit of cutting-edge technology; I'd rather use somebody else's and then move on. I suppose what I'm saying is that I'd like to keep the cutting-edge aspect of what we do in context, and not have to commit to having it fully on board. That way we can say 'OK, we've had enough of that now, we've used it."

"The whole point is that Brian and I need to be completely self-indulgent in terms of our working practice. That's the way we've prospered with music, so that's the way we're going to prosper with video - and that's also why the whole film industry will be given a kick up the arse. The next revolution will be sound studios getting video gear and doing the whole thing themselves. It will lead to a completely new form of product, and a spate of products that I don't think anybody can fully imagine at the moment.

MT will be reporting exclusively on FSoL's progress as self-sufficient audio-visual artists in future issues.

Read the next part in this series:
Future Talk (Part 2) 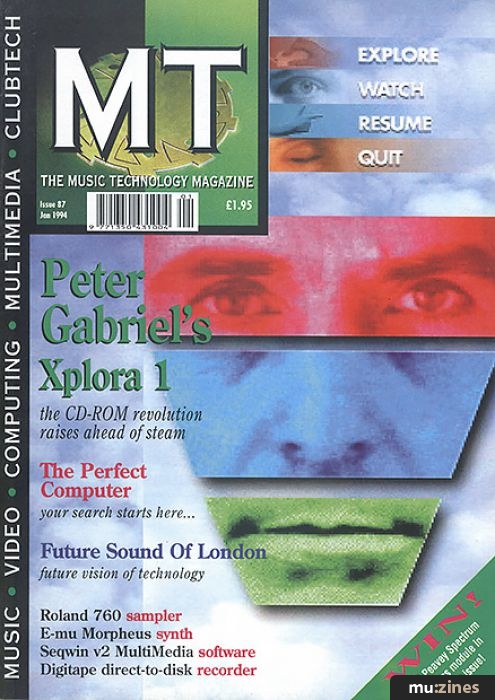 
Other articles featuring this artist:

Please note: Our yearly hosting fees are due every March, so monetary donations are especially appreciated to help meet this cost. Thank you for your support!