Will Powers — confidence and success

The man behind Will Powers is a girl — Lynn Goldsmith. ES&CM kissed her with confidence... 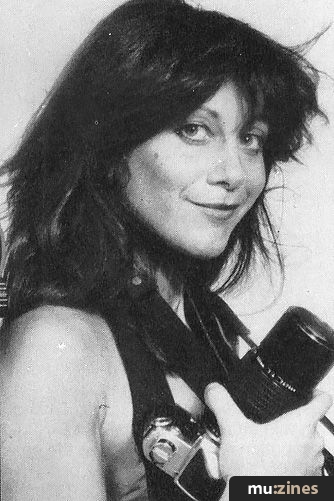 Will Powers is only the latest in a long line of projects created by a multi-talented American, Lynn Goldsmith. Although Lynn's always been a musician she gained a reputation as a photographer, working particularly in LP sleeves and live video magnification. More recently she's been getting into computer animation using both Quantel and other common video effects devices and more powerful mainframe computers. Some of the three-dimensional images created and processed by these methods complement perfectly the multi-layered intentions of her music.

"I've always been seduced by sound and I've always been curious as to how certain sounds are created — particularly the human voice. I had the idea for the character of Will Powers over five years ago — for using a voice as an instrument in addition to the way we normally perceive it. The essence is a kind of white rap music with the Will Powers voice (which is not necessarily male!) created by a special device, the 'Will Box'.''

Although the exact nature of the Will Box is secret it's known to have been built by Jim Flinn of Audio Techniques and suggestions in the area of a Harmoniser/Pitch Transposer are clearly not a million miles wide of the mark! Lynn's other major musical contribution is on the LinnDrum which sets the tone for each piece. "After programming the Linn I have a secret method for sequencing the patterns I've put in. I know musically what I want to do with the songs and I approached those people whose work best reflected that. Often I thought about combinations of people and what they might pull out of each other in terms of sound. For example on 'All Through History' I asked Tom Bailey (from The Thompson Twins) to play the Oberheim OBXa, knowing that he'd get a different sound from it than Sting or anybody else would have. I wanted to combine Tom Bailey's sound with Steve Winwood's sound on the Prophet 5; I started out with the rhythm track, explained to them what was wanted and we'd get into the studio and do it."

The 'Dancing For Mental Health' LP can be described as a concept album plus — it expounds a positive attitude to life and relationships reflected in up-tempo music and compulsive dance beats such as on the UK single 'Kissing With Confidence'. Lynn remarked "I always played instruments, and it was a matter of coming to the point of writing material that reflected how I felt about things and had more of me in it. Most people think I'm a photographer who got the famous people I photographed to make a record — but people don't play on other people's records because they're friends, they do it because they're inspired musically to create something. I've always thought of myself as an artist using light and sound to get across what I desire to express."

Three tracks for the album were recorded at Hammersmith Studios — "Those were just Steve Winwood and myself playing everything, and I also recorded 'Adventures In Success' there. Sting wrote the music for that, but he couldn't be here to record it so I did it all myself. Will Powers is the first time I've 'come out of the closet' — up till now I've always been behind the scenes as a photographer, or even when I did play on somebody else's album I didn't publicise the fact. Now I feel that I care a great deal about what Will Powers is and about what the record is saying. Will Powers is a person for me, although he's part of me as well. I'm responsible for his career as a manager and producer! If the album can make someone feel a little stronger about their own life and what the possibilities are for themselves then I feel I'm doing something — otherwise what's the point?"

"Most people think I'm a photographer who got the famous people I photographed to make a record."

In composing the music Lynn likes to keep all options open. "When I did 'Kissing With Confidence' I put Todd Rundgren, Nile Rogers (David Bowie's erstwhile producer) and Steve Winwood together in a studio. None of them knew each other, but I had a reason as a producer for wanting those three together. I felt that Todd operates very much from his intellect, Nile Rogers very much from his gut and Steve Winwood is down the middle — a combination of both. I gave them the rhythm track and told them the feel I would like the song to have, but all my melodies come afterwards. At the end of the day I take a cassette home with me, put it on the machine and walk around the house... and then comes the melody. In the case of 'Kissing With Confidence' Todd took the lead role, but from directing videos and so on I know what it is to let people do their best — to let it be free, yet to keep a sense of control over the situation."

"I've always thought of myself as an artist using light and sound to get across what I desire to express."

In closing Lynn was keen to point out that nobody has asked her whether, on plunging into this new phase of her varied career, she'd got herself insured. The answer was no, particularly annoying since she was recently robbed. But, like so many other incidents from her hectic life, that's now been absorbed into a new Will Powers song — disturbingly entitled 'Are You Insured?'

Lynn needs time to plan the use of multi-media effects needed for the shows, and another single release from the album is scheduled. 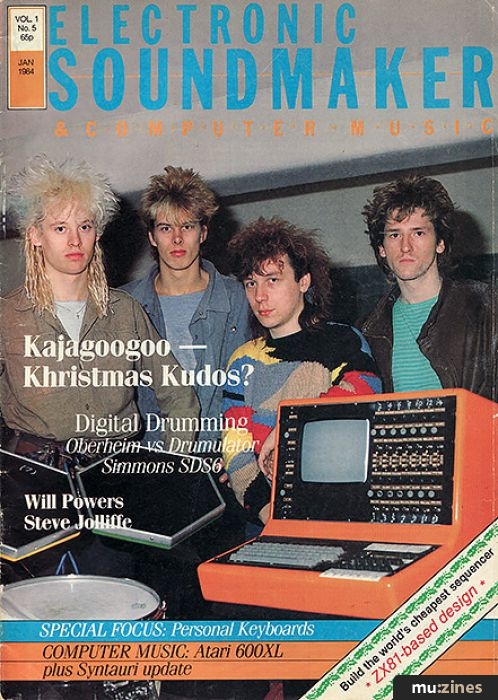