Quite why a particular studio becomes popular at one time is a mystery. We seek to solve it by asking top musicians about their choice of studios.

Why does a particular studio become popular? in an effort to discover what artists look for in a studio we asked nine players about the studios they choose to record in. 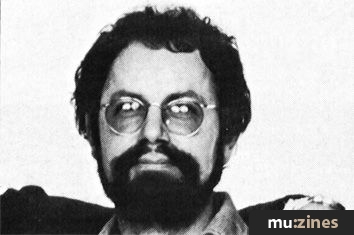 I've used Phonogram Studios over the past five years. They have good facilities – 16 or 24 track, I'm not sure which – and it's a pleasant place to work. By that I mean that it is aesthetically pleasing and that the staff and services – tea and coffee for instance – are quite good.

The engineers there are very good, we worked first with Roger Wake and most recently with Steve Lillywhite. They like our music and they've occasionally come to our aids.

I'm on the Phonogram label, but even if I left the label – which is a completely hypothetical proposition – I would still like to use the studio. I think if a real virtuoso were to record at Phonogram, we could do a fine record. We've done eight albums there – the first one was actually recorded at Trident and then mixed at Phonogram, and Jon Hiseman who produced Belladonna mixed that at Lansdowne with Peter Gallen.

But I'm quite happy at Phonogram, although both Lansdowne and Trident are very good, as is Olympia. 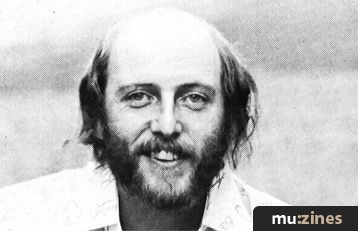 Most recently we used Ascot Sound, Ringo Starr's studio. It's got a really nice atmosphere, there are cottages down there where the band can stay, and you can really get into recording. It's only a 16 track studio, but that's ample, there's a decent mixer. The engineer was Tom Allom, who also co-produces us, and he's very good. We met him through Dave Cousins when we were in Strawbs.

We've used Air before which is nice, but it's a bit 'cold'. I prefer something a bit smaller – we've also used Sound Techniques. They build their own equipment and it's very good, and perhaps it adds to the sound they finally get. I wouldn't mind using a mobile studio and recording in an old building or castle. Your chances of getting a live drum sound would be better, with more natural echo.

I think we're lucky to have so many studios to choose from in London – people should get around a bit and try more of them. 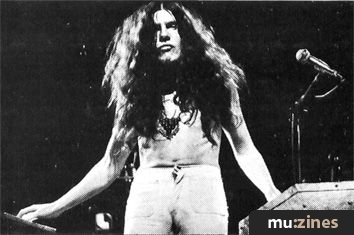 The last studio I used was CBS, which is very good. Most major studios have very good equipment, but good engineers are the most important thing. We work with Mike Ross at CBS, who is great. He's got the right ears and he can also understand what we want and translate it into technical action. We've also used Abbey Road, with Peter Bown, who is also quite good. Each studio is going to have its own sound, depending on the acoustic design and size, but the major studios around the world are all more or less the same. I think it's the engineer, more than anything. A few years ago, people were talking about an American sound and a British sound, but really it was that at the time, British engineers weren't as experienced. Now, they've caught up and they're just as good.

I am sure you could put a good engineer in an average studio and come up with a good sound, much better than the sound you'd get by putting an average engineer in a good studio.

Some studios also have listening facilities which are too good, and give you a better sound than you actually get on more modest equipment. This happened to us a few years ago, when we were recording Oddessy And Oracle at Abbey Road. Studio 3 there had been very good for listening to playbacks, but they modernised it and put in big JBL speakers which were fantastic – just the thing you'd love to have at home. But it made the playback sound much better than it really was. 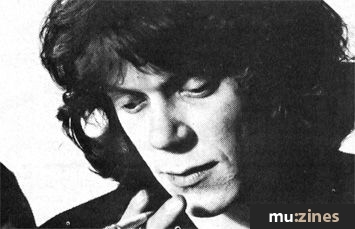 We recorded the first Headstone album at Rockfield Studios, which is really nice. It's beautiful there, the whole environment is really ideal. They've got a lot of little things – like a Cordon Bleu chef laid on, and Charles and Kingsley Ward are fantastic. They have a small 16 track studio which is ideal for small line-ups, it has a really good, funky sound. I think 24 tracks can complicate things unnecessarily – after all, a lot of the Beatles' stuff was done on eight track.

We did the backing tracks at Rockfield, and then went to Trident to do the vocals and overdubs. We used Trident because they manage us, but they're really good. The engineers are important too, Pat Moran at Rockfield and Ted (Sharp) at Trident are both great. The engineer is important, because if you're in the studio and you really feel like getting it on and you have to waste time while the engineer gets it right, you can lose momentum and just end up pissed off.

I think people are turning away from formal studios – more people seem to be rejecting the plush atmosphere of most studios and going out to look for something a bit more natural. 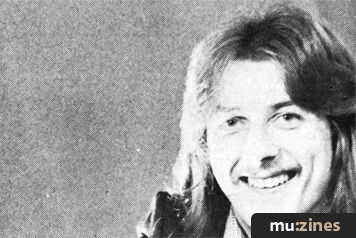 The engineer is really important, especially in mixing some engineers can pull out a really fine mix, I've been round to the Moody's studio, which is amazing, I heard a true quad mix there which was really fine. One of the best things about Threshold – it's true of Island's number 2 as well – is that when you hear something played back, what you hear is what you get. Some studios can distort the sound when it's played back, and that can mess you up.

Ray Thomas of The Moody Blues: 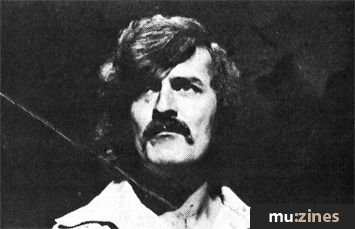 (Thomas has recently completed a solo album, From Mighty Oaks, in Decca's rebuilt Hampstead complex). We negotiated and looked for premises for a long time, and finally we decided to rebuild Threshold Studios in Hampstead. It took six of us 12 months to put it together, and now we use it almost as a workshop.

We've used (the old) Threshold before, as well as Decca's Tollington Park Studio, and we had pushed them beyond their limits. The atmosphere was like you might expect from a large corporation, very cold, with quite a lot of cream and brown – very like the BBC, in fact.

The new studio is much more comfortable, and it's 24 track as well as quadrophonic. I was a bit worried at first, but this album turned me on to quad – you have to be careful, because it's still new, but there's a tremendous future for it. 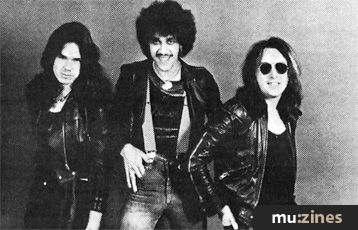 Phil: We've used Trident, Air and De Lane Lea, but Olympic is our favourite – studio 1 for backing and 3 for mixing. Keith Harwood is the engineer we work with, and he's tops. He's got the right temperament, easy going and efficient. Olympic is God for us.

Brian: We first used Decca's studio in West Hampstead, which I liked for the good drum sound you got. It's a big studio, and you can set up your kit more or less like it is on stage. I like a bit of overspill, cause it gives more body... We also used Decca's Tollington Park Studio, but that wasn't so good. The album Vagabonds Of The Western World came out alright, but I wasn't happy with the drum sound we got, except for three tracks. They had a drum booth, but it took about four days of pre-recording to get the sound right, and then the humidity in the booth was too high and the fans stopped working... Eventually I moved the whole thing out onto the floor, and it came together perfectly.

I've used Strawberry Studios exclusively over the past four years. I was involved in setting it up financially, and Eric Stewart and Pete Tattersall really set it up technically. The equipment is the best available in the world, but the atmosphere and the young staff are what really make it. There are no clocks anywhere, and the pressure is less. If you're recording some vocals at five to five, and you're supposed to finish at five, you can just go over.

I've used Olympic, Advision and E.M.I. before, as well as Lansdowne. I worked in a studio in New York which had a ballroom downstairs, and it had a really unique natural echo in it.

Drums sounds are the hardest thing to get right – I've found that EMI and Strawberry are both good. We've got a drum booth at Strawberry, which doubles for use with acoustic instruments. I really think I'd like to work in another studio – I like Wally Heider's studio in L.A.

Different studios definitely have their own sounds, whether it's due to the acoustics, equipment or the size and shape of the room is very difficult to say. The classic example is the change in the Motown sound when they moved their studios from Detroit to L.A. The echo in the old studios was really predominant, and they lost that up-front drums and bass sound. The bass players haven't changed, they're still phenomenal, but the studio and the sound has. 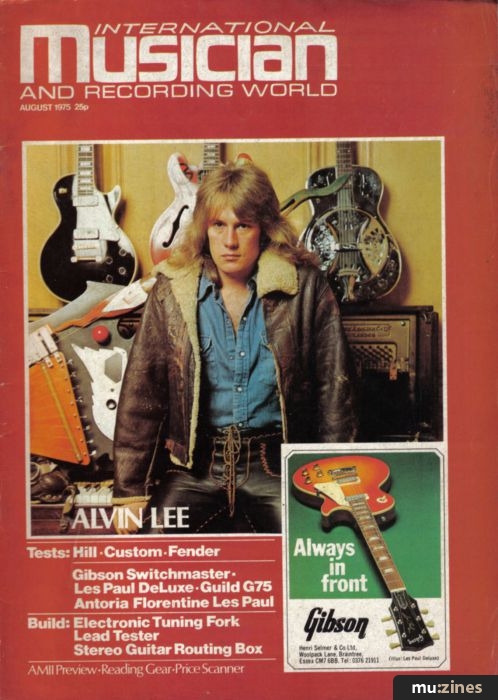