Seems a little persuasion goes a long way. Many of you are now enclosing a short demo cassette with your submissions to Patchwork, and decent descriptions to go with them. All of which makes our life a lot easier, and your chances of seeing your name in print a lot higher.

If you're in the habit of copying sounds from these pages into your machine, don't be too hasty in dismissing them. A little editing of your own can make the world of difference, and in any case, one man's meat...

If one of your patches gets published, a free year's subscription to E&MM will wing its way to your front door with our compliments. So send us your favourite sounds on a photocopy of an owner's manual chart (coupled with a blank one for artwork purposes), including a good description of your sound and its musical purpose in life - and don't forget to include your full name and address on each chart. Remember, edited presets are all very well, but an original masterpiece is ten times more preferable. OK?

Richard was spurred on by the return of Keith Emerson to the active music scene (as well as the lack of patches for the DW8000 in Patchwork), to submit a patch based on the GX1 sound used by Emerson on 'Pirates' (see 'Works Vol 1' by the original ELP). It's a powerful, full-bodied and versatile patch which has characteristic vibrato as part of the aftertouch facility. The fast auto-bend and portamento effects are best illustrated by alternating octave bass and right-hand chords.

Since Jorgen managed to display his submitted patches together on one computer printout, we've been able to offer you the benefit of no less than eight sounds in one go. Having rightly supposed that many DX100 owners use their synth as an inexpensive voice expander, playing it from another keyboard via MIDI, Jorgen has programmed his sounds to respond to key velocity information.

However, 'Minimono 1' and '2' are intended for the poseurs among you who like to use the DX100 as a strap-on lead synth, though we didn't feel either to be particularly inspired.

Our favourites were 'Tri-Bronze', 'Quad-Bronze' and 'Chinesynth', and the demo tape showed the sounds off in a very classical manner - complete with a rendition of Beethoven's Fifth.

'Child's Voice' was just one of a selection of sounds from Chris, and one to which we took a particular liking. The amount of Fine Detune provides some sonic movement, with delayed Vibrato hot on its heels, and a little subtle Pitch-bend (Range 01) may be added for further expression. A pleasant, distinctive and versatile sound, 'Child's Voice' should make plenty of friends, even if it doesn't live up to its name too faithfully.

From a selection of quite nifty imitative sounds from Andy, we settled on this rich strings voice that affirms the old adage that Jupiter strings in the hand are worth two in the bush (or something like that). The VCF Cut Off frequency is the critical setting, but outside of that, feel free to make your own personal fine adjustments. 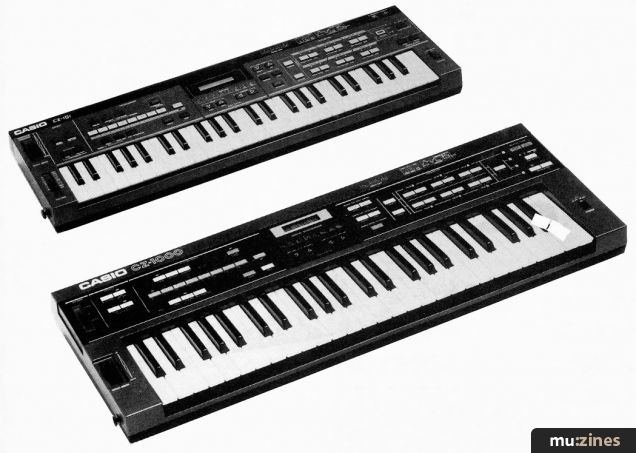